Log in with Facebook
or
Wrong email address or username
Sign up
Already on BookLikes? Log in!
Incorrect verification code
Please, check your email, the code to access your BookLikes blog was sent to you already.
Enter code:
« Back Send
back to top
Search tags: LGBTQA 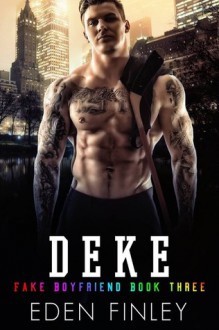 This is book #3, in the Fake Boyfriend series.  This book can be read as a standalone novel.  For reader understanding, and to avoid spoilers, I recommend reading this awesome series in order.

Ollie & Lennon AKA "Clark" meet in one of the most unusual ways possible.  Then they agree to try to fool everyone that they are dating.  Seems the only fooling is for themselves.

Lennon finds himself wanting a real relationship with the amazing Ollie.  Knowing it is just a pipe dream, he enjoys every moment he can.  Can he convince his fake boyfriend to try for real?

This was such a sexy book right from the start.  I loved the characters and found them utterly charming.  Like all books in the series, each page got devoured and I could not put it down.  This author is definitely an automatic purchase for me now.  I give this story a 4/5 Kitty's Paws UP!

Available to Preorder at NineStar Press

A little blue world, the third planet from the sun. It's home to seven billion people—with all manner of faiths, beliefs, and customs, divided by bigotry and misunderstanding—who will soon be told they are not alone in the universe. Anyone watching from the outside would pass by this fractured and tumultuous world, unless they had no other choice. Todd Landon is one of these people, living and working in a section of the world called the United States of America. His life is similar to those around him: home, family, work, friends, and a husband.

On the cusp of the greatest announcement humankind has ever witnessed, Todd’s personal world is thrown into turmoil when his estranged brother shows up on his front porch with news of ships heading for Earth’s orbit. The ships are holding the Nentraee, a humanoid race who have come to Earth in need of help after fleeing the destruction of their homeworld. How will one man bridge the gap for both the Humans and Nentraee, amongst mistrust, terrorist attacks, and personal loss? Will this be the start of a new age of man or will bigotry and miscommunication bring this small world to its knees and final end?

M.D. Neu is a LGBTQA Fiction Writer with a love for writing and travel. Living in the heart of Silicon Valley (San Jose, California) and growing up around technology, he’s always been fascinated with what could be. Specifically drawn to Science Fiction and Paranormal television and novels, M.D. Neu was inspired by the great Gene Roddenberry, George Lucas, Stephen King, Alfred Hitchcock and Kim Stanley Robinson. An odd combination, but one that has influenced his writing.

Growing up in an accepting family as a gay man, he always wondered why there were never stories reflecting who he was. Constantly surrounded by characters that only reflected heterosexual society, M.D. Neu decided he wanted to change that. So, he took to writing, wanting to tell good stories that reflected our diverse world.

When M.D. Neu isn’t writing, he works for a non-profit and travels with his biggest supporter and his harshest critic, Eric, his husband of eighteen plus years. 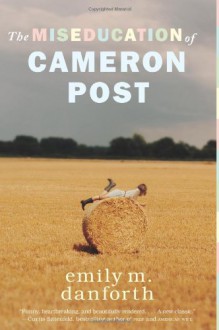 I honestly wish more YA LGBTQA novels were written like this, the author did an amazing job at bringing Cameron to life. Danforth shows Cameron exploring her sexuality without completely ignoring the other parts that make her who she is. Cameron spends just as much time dealing with her grief over losing both her parents, trying to get over her first crush, and working her way through all the movies at the video rental store. Too many YA LGBTQA books seem to focus exclusively on the LGBTQA part, their characters come across as flat and uninteresting because they are never fully fleshed out. Their character begins and ends with them being LGBTQA.

If I did have any issues with this book, it was with the ending. I don't want to give away too much in this review, but if the author was aiming for a hopeful, if not happy ending, it doesn't work. Too many LGBTQA youths end up living on the streets, so while the book attempts to end on a somewhat positive note with Cameron coming to grips with the death of her parents, it's ultimately a discouraging ending. Cameron, Adam, and Jane are looking forward to the future, but the chances of a happy ending are slim. Also, as a heads up to anybody planning to read this book, at approximately 3/4 of the way through, one of the kids at Promise uses the  word 'tranny'. 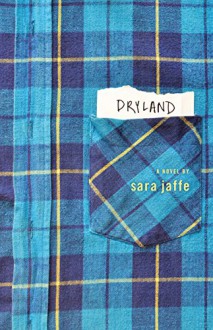 I could never fully immerse myself in this story. The author chose to not use quotes to mark speech, but unlike Veronica's Grave, where I first complained about this writing technique, I had no trouble following who was speaking and it wasn't due to any great skill by the author. At some point in this authors history, she must have been told when using dialogue tags, to stick to 'said'. I wish whoever gave her that piece of advice had followed that up with the usual, 'use dialogue tags sparingly' advice as well, because I wouldn't have spent the majority of the novel counting the uses of 'said'.

Being at Rich's was like being nowhere. I said, I'm not.

I didn't look like anything--my jeans and my raincoat and my flannel and my henley. I said, I'm not.

He said, Right on.

Despite this giant flaw in storytelling, the story was interesting, and I wish the editor had done a better job in handling this book. I can see people picking this book up and then immediately putting it down again after reading the above exchange on the first page. 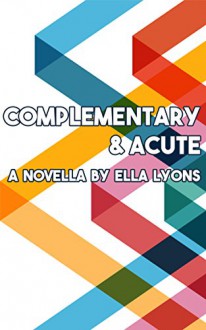 Honestly, I think I would have enjoyed this more if it had been longer. At fifty pages, the author attempts to establish a strong relationship between these girls that changes when Jac comes out as gay to her roommate, Annabelle. With most of the story devoted to covering the jealousy that Annabelle feels when Jac begins hanging out with other people, there was little time to spare in establishing their close relationship, so it came across a little heavy handed in the beginning and I figured out where the story was going before I had read the first five pages. A longer work would have, I believe, allowed more time for the story to grow and would have allowed for more subtlety in the beginning.