Log in with Facebook
or
Wrong email address or username
Sign up
Already on BookLikes? Log in!
Incorrect verification code
Please, check your email, the code to access your BookLikes blog was sent to you already.
Enter code:
« Back Send
back to top
Search tags: Rockstar-Romance

[Because facebook has very unfairly blocked my blog, Punya Reviews..., from being promoted on their platform, I'm using booklikes as a "gateway" of sorts so I have a link to promote. It's been over a year but I tried for the first 4 months to reach them through any means I could find but without any luck whatsoever. Doesn't look like I'll get the block removed anytime soon, if ever. More on what happened can be found here.] 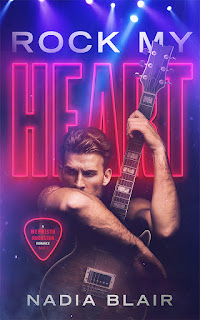 LINK to my book blast post for Saved by Rock My Heart on Punya Reviews...: Get caught up in the fantasy. Wicked is the third time I've loaned my heart to Jax and Haley and I have to say, I enjoy their journey more every time. What makes this time even better is that there are no interruptions. Lawson brings everything full circle with a combined box set of hot romance. Same great story. All found in one place. It's the twists and turns that get me every time and I love every moment of it. Dusk. Leader of The Underdogs. Destined for greatness. Lives in the now.
Abe. AKA Lolly. Iridescent. Unicorn.

All Dusk wants out of life is for his band to become world famous. He also wants to have a lot of fun along the way. And to get his rocks off. When he wants something, he goes for it, consequences be damned.

So when he sees a gorgeous pink-haired guy who is the human equivalent of tattooed cotton candy, he can’t help but have a taste. But it’s when Lolly ends up on their tour bus that Dusk knows their meeting was destiny.

Abe is the kind of guy who goes with the flow. He was hitchhiking anyway, so why not spend the week with a hot piece of rocker beefcake, getting smothered by his sexy long hair? And why not play the part of the supportive cutie while he’s at it? It’s not like he’d be sticking around for long anyway.

All plans hit a wall when photos of Abe and Dusk emerge online, suddenly pushing the band into the spotlight. To take advantage of the sudden popularity, the band offers Abe money for staying.

Which means money for being in a fake relationship with Dusk.

Which isn’t even fake.

I love the idea of Lolly/Abe. I adore the happy themed tattoos et all. But the actual development of the character is uneven and too late in the book to work well.

Dusk's character has many of the same issues. They don't talk even after several moments of saying TALK. I don't think Dusk even asks Lolly's real name until near end of the book

Then, we get into a pretend relationship trope which is awkward and an even more awkward climax and break up.

Hmmmm. I will likely read Dawn's story because interested but I hope the emotionial depth of the writing gets better.

What the story is about.

Brody Mason is the manager for Dirty, the hottest rock band on the planet. He and the members of the band have been friends since childhood. Brody could have any woman he wants, but only one held the keys to his heart. The same one who left him nursing a broken heart 6 ½ years ago.

Six and a half years ago, Jessa Mayas ran away from her life as a songwriter for Dirty to pursue a career in modelling. To the outside world, she appears to have it all, talent, a glamourous life and money. However, the secret that led to her running away is slowly consuming her life. Her brother’s upcoming nuptials has provided her with the opportunity to face her past, face her fears and restore her relationship with the band and the only man she has ever loved.

Jessa has experienced loss from an early age, which had a significant impact on her life. Her inability to deal with the pain from the loss led to her making poor decisions. The worst of which led to her running away and leaving her family, friends and the love of her life behind. Brody’s love and that of her brother were not enough to keep her stable.
She internalised her feelings and pushes everyone away. Initially, she intrigued me, but as the story progressed her actions became frustrating and bordered on immature. I kept waiting for her to get over herself and come clean with everyone, most of all Brody.

Brody goes above on beyond for those he loves. Forced to grow up before time, due to an abusive childhood, he learned to be responsible and reliable, which made the perfect candidate to be the manager for Dirty. Meeting Jessa and her brother helped made his childhood bearable. The older they got, his feelings for Jessa moved beyond brotherly love, but he kept his feelings under wraps, patiently waiting for the day he could safely tell her how he feels.

He is carrying around a lot of pain and anger from Jessa’s betrayal and my heart broke for him watching him trying to come to terms with the hurt. He wants to hate her, but his love for her was stronger than ever. I understood his fears of having his heart trampled once again. Having your heart broken once is not pretty and to have done twice by the same person one may likely not recover.

Told in alternate first person POVs, I was given the opportunity of getting up close and personal with the main characters. The author’s use of memory flashbacks to provide her readers with information on Brody and Jessa’s past was flawlessly done. It was easy to follow and it helped me to understand what made them tick. The dialogue between the characters is realistic, it demonstrates their backgrounds and personalities, and I was pleased that the use of the F word was minimal when compared to the previous books.

The prologue was funny and sweet and it made me eager to discover how the remainder of the story would unfold. The pace was great for the first forty percent of the book, but then the story began to lag. The constant push and pull between Jessa and Brody were a recipe for a headache. There were many unresolved issues and the tension between them was palpable. Dealing with these issues sooner would have improved the pacing of the story.

I was eager to know why Jess left everything behind 6 ½ years ago. The build up to that was slow and when it was revealed, it was a let-down. I understood her reasons for leaving, but frankly, it did not warrant the drama, which I thought was a bit too much.

Conclusion
I loved that all issues were resolved and that the characters had their HEA. Dirty by Brody is a story of enduring love. It demonstrates the need for a strong support system when one has to deal with a painful loss. This had the potential to be a four star read, but my issues with the unnecessary drama, Jessa’s behaviour and the areas where the plot rambled needlessly prevented me from rating as such.

However, do not let this deter you from trying this book. Despite my issues, I am not averse to continuing the series.

“Time did not heal wounds. I was now thirty years old and I’d been aching for Jessa Mayes since we were kids. By the time I was twenty-one, she’d broken my heart. When I was twenty-four, she ripped it right the fuck out. And what did I do? I slapped a dirty bandage over that shit and left it to rot.” Iris has moved to a whole new country with her mom.  The upheaval has taken its toll already on her family.  Then her cousin, introduces her to a local music star who thinks he is all that.

Sabastian makes music, goes to school, and apparently annoys his new neighbor.  Iris is mad at him for wanting her.  She has her reasons, but everywhere they go - they run into one another.

I feel all that I can reading this story.  I found myself laughing and crying.  I could understand where the characters are coming from.  Very proud of the main character, she has serious integrity.  Such a fun read.  I give this book a 4/5 Kitty's Paws UP!

***This copy was given for an honest review.