Log in with Facebook
or
Wrong email address or username
Sign up
Already on BookLikes? Log in!
Incorrect verification code
Please, check your email, the code to access your BookLikes blog was sent to you already.
Enter code:
« Back Send
back to top
Search tags: st-martins-griffin 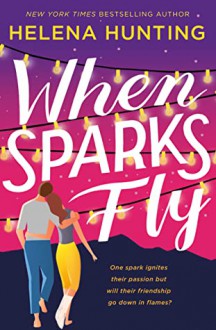 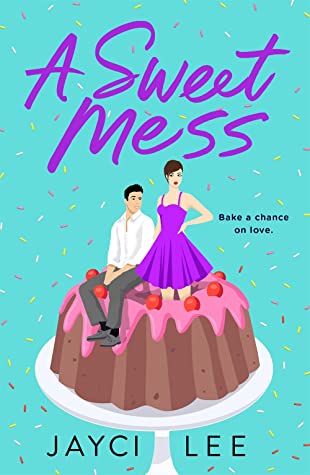 ABOUT A SWEET MESS:

Korean-American author Jayci Lee delights with A Sweet Mess, a delicious and light-hearted romantic comedy that readers will devour and ask for more.

Aubrey Choi loves living in her small town nestled in the foothills of California, running her highly successful bakery away from the watch of her strict Korean parents. When a cake mix-up and a harsh review threaten all of her hard work and her livelihood, she never thought the jaded food critic would turn out to be her one-night stand. And she sure as hell never thought she’d see the gorgeous Korean hunk again. But when Landon Kim waltzes into her bakery trying to clean up the mess he had a huge hand in making, Aubrey is torn between throwing and hearing him out.

When she hears his plan to help save her business, Aubrey knows that spending three weeks in California wine country working with Landon is a sure recipe for disaster. Her head is telling her to take the chance to save her bakery while her heart—and her hormones—are at war on whether to give him a second chance. And it just so happens that Landon’s meddling friends want them to spend those three weeks as close as possible...by sharing a villa.

When things start heating up, both in and out of the kitchen, Aubrey will have to make a choice—to stick it out or risk her heart.

Excerpt from A Sweet Mess by Jayci Lee. Copyright 2020 by the author and reprinted with permission from St. Martin’s Griffin.

“How’s this?” He’d chosen a small table at the back corner. When Aubrey nodded, he pulled out her chair and took a seat across from her.

Their proximity and relative privacy made the air between them hum with electricity. Their knees brushed every time either of them shifted in their seat, sending bolts of desire through him. A sharp intake of breath and a parting of her lips revealed Aubrey wasn’t immune to their magnetic attraction.

Landon had dated his fair share of beautiful women. There was no reason to act like a gawky teenager, but his roaring heart and churning stomach said otherwise. He couldn’t remember the last time he’d felt nervous around a woman. Her hand was resting less than four inches away from his, but he broke out in a cold sweat working up the nerve to brush his knuckles against it.

He started when Aubrey traced her fingers across the back of his hand with a shy smile. “So, Landon from out of town, what’s your dream?”

His blood had gone south at her touch, leaving nothing for his brain, but he was even more dumbstruck by her question. The woman threw him off balance on all fronts.

“Not big on making small talk, are you?” He managed to keep his voice steady despite his spinning head and hardening body.

“If I’m going to have a chat with a complete stranger, I might as well have an interesting one.” A deep blush stained her cheeks, and her lashes fluttered to hide her eyes. “Besides, you’re leaving tomorrow. I was hoping we could pack a lot into tonight.”

Landon sucked in a sharp breath. Her shy and earnest declaration moved him, and he fought the urge to pull her across the table to kiss her senseless. Instead, he lifted Aubrey’s hand and brushed a kiss on her pale inner wrist. A wolfish grin spread across his face when she gasped at his touch.

“My dream was to open my own restaurant.” To his shock, the truth stumbled out of him. A truth he’d refused to face for the past decade. Maybe he was desperate to give her an interesting conversation. A memorable one. “Someplace spacious and comfortable where people can enjoy a delicious meal without pretense or a six-figure salary.”

“That sounds amazing. What kind of food are we talking about?”

“Whatever inspiration strikes me. If I had to label it, New American–slash–Korean fusion will have to do.”

“I love Korean food. I would totally eat there.” Aubrey sat forward, her eyes round and sparkling. “So you’re Korean? I am, too.”

“Yes, I’m Korean, and you would be more than welcome to eat at my restaurant.”

“No, but I trained to be one. Have you heard of the CIA?”

“The Central Intelligence Agency? You learned to cook for undercover agents while dodging bullets and jumping out of airplanes?” She cocked her head to the side and gazed at him with solemn interest.

Aubrey’s pale skin turned from pink to crimson before she erupted into laughter, her frame trembling like a 6.8 earthquake. She held up a finger, gripping her side, pantomiming she needed a minute. He crossed his arms over his chest and leveled her with a steely glare, which wasn’t an easy feat considering her infectious mirth.

“I’m s-sorry, but you had to see your face. You couldn’t decide whether a small-town girl like me knew about the Culinary Institute of America or whether I was pulling your leg.”

Mischievous little fox. He needed to get her back for that. “Actually, that’s incorrect.” He drew closer to her, his lips close to her ear, and lowered his voice to a deep, gritty whisper. “I was debating whether or not I should tell you the truth, because if I did, I’d have to terminate you.”

Aubrey stared at him in silence for a second, and then a delighted grin spread across her face. “This is fun.”

“Yeah, it is.” Landon was surprised to find he meant it. He couldn’t remember the last time he’d had fun. He certainly had pleasant and interesting times, but fun times? No, this felt alien.

His earlier hesitation forgotten, he ran his knuckles down the side of her face, relishing the feel of her warm, silky skin. Aubrey leaned lightly into his hand, and her eyes slid shut. She was so responsive to his touch. Landon’s mouth went dry, and all he could think was more. He wanted to make her laugh again. He ached to make her fall apart in his arms with her swollen lips calling out his name.

“You’re beautiful,” Landon murmured, unable to look away from her.

“So are you.” Aubrey’s lips curved into a barely there smile that squeezed his heart.

He’d gone to the brewery for a pint to wash away the bitter taste of his sorry day, but he’d discovered something far more intoxicating—something potent enough to tip him off-balance. Aubrey made his blood sing and his rational thoughts melt away. The floor seemed to grow solid and strong, and his body settled heavily into his seat like he’d dropped anchor across from her—as though she had a gravitational pull all her own and he was helpless against it.

He’d led a nomadic life for a decade. He didn’t know how to stay still for long. The smart thing to do would be to run the hell away from this woman, whose mere proximity made it unimaginable to even leave the table.

But smart wasn’t part of his vocabulary at the moment. Greedy, feral, and desperate passion overwhelmed all else. He stood abruptly from his seat, and Aubrey’s mouth parted in surprise. Then he grasped her hand and raised her to her feet.

“Do you want to get out of here?” His eyes bored into hers, his desire and urgency displayed for her to see.

JAYCI LEE writes poignant, sexy, and laugh-out-loud romance every free second she can scavenge and is semi-retired from her fifteen-year career as a defense litigator. She loves food, wine, and travelling, and incidentally so do her characters. Jayci lives in sunny California with her tall-dark-and-handsome husband, two amazing boys with boundless energy, and a fluffy rescue whose cuteness is a major distraction. She is the author of A Sweet Mess. 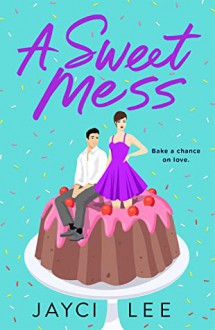 Aubrey runs a really successful bakery that is only threatened by the hottest specimen she has met in a long time.  She finds out later he wrote the worst review about her place.  Then has the nerve to claim he can still help her.

Landon is honestly meaning well.  He does not want to put his reputation on the line by retracting the review that caused all the devastation.  Yet somehow in between this all is electricity that crackles and sparks that fly for the two of them anytime they are in the same room together.

Surprisingly enough, this book has lots of humor, ideas for great recipes, and more than meets the eye.  I had a hard time getting the book finished as the couple were interesting and so was the plot - only I felt something was lacking there.  The heat and the chemistry were on point but something was just missing.  It is worth a read, as it has really deep characters who get more background story as you read.  I found it be a 3/5 Kitty's Paws UP!