Log in with Facebook
or
Wrong email address or username
Sign up
Already on BookLikes? Log in!
Incorrect verification code
Please, check your email, the code to access your BookLikes blog was sent to you already.
Enter code:
« Back Send
back to top
Search tags: Human-Nature

You must have heard of Babylon, the city that was pillaged numerous times and was officially "damned" by God, with its name written within our official copies of the Bible, the most published book of all times!

The lovers of LOVE will rejoice hearing that Babylon founder were indeed called Amorites.

The Queen of the Night relief. The figure could be an aspect of the goddess Ishtar, Babylonian goddess of sex and love. Enciclopedia Brittanica 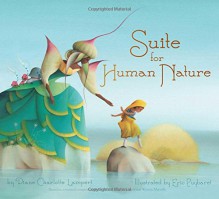 This was so beautiful. 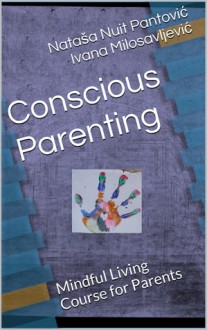 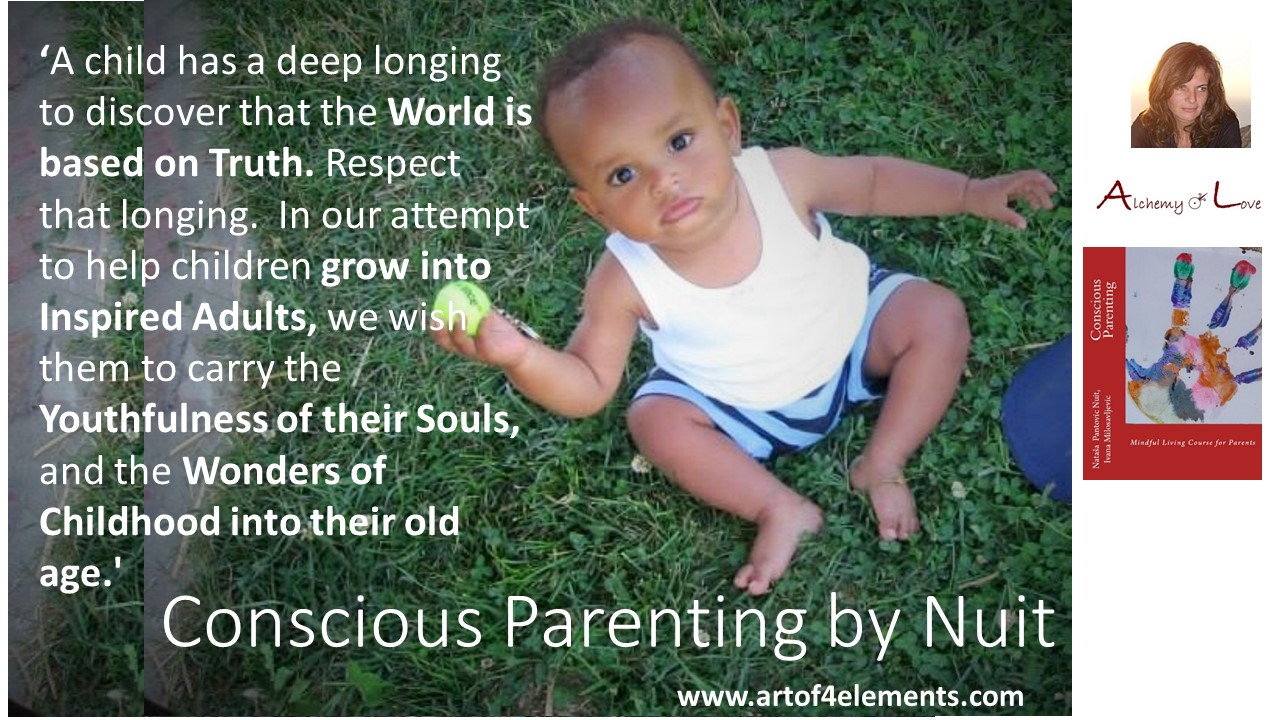 ‘A child has a deep longing to discover that the World is based on Truth. Respect that longing.  In our attempt to help children grow into Inspired Adults, we wish them to carry the Youthfulness of their Souls, and the Wonders of Childhood into their old age.'

Conscious Parenting FREE to download this weekend! Explore the Mindfulness Exercises designed for the family and do let us know what you think! We would love to read your review! 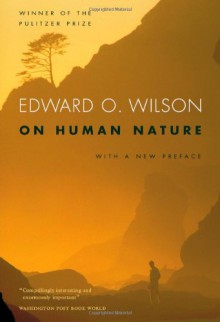 On reading this again after a couple of decades, I am struck with how brilliantly it is written. The subtlety and incisiveness of Wilson's prose is startling at times, and the sheer depth of his insight into human nature something close to breath-taking. I am also surprised at how well this holds up after all these years. There is very little in Wilson's many acute observations that would need changing. Also, it is interesting to see, in retrospect, that it is this book and not his monumental, Sociobiology: The New Synthesis (1975), that continues to serve as an exemplar for later texts. For example, Paul Ehrlich's recent book on evolution was entitled On Human Natures (2000), the plural in the title suggesting that it was written at least in part as a reaction to Wilson. I also note that some other works including Matt Ridley's The Red Queen: Sex and the Evolution of Human Nature.(1993), Robert Wright's The Moral Animal: Evolutionary Psychology and Everyday Life (1994), and more recently, Bobbi S. Low's Why Sex Matters: A Darwinian Look at Human Behavior (2000), are organized intellectually in such a manner as to directly update chapters in Wilson's book.

On Human Nature was written as a continuation of Sociobiology, greatly expanding the final chapter, "Man: From Sociobiology to Sociology." In doing so, Wilson has met with reaction from some quarters similar to the reaction the Victorians gave Darwin. Wilson's sociobiology was seen as a new rationale for the evils of eugenics and he was ostracized in the social science and humanities departments of colleges and universities throughout the United States and elsewhere. Rereading this book, I can see why. Wilson's primary "sin" is the unmitigated directness of his expression and his refusal to use the shield and obfuscation of politically correct language. Thus he writes on page 203, "In the pages of The New York Review of Books, Commentary, The New Republic, Daedalus, National Review, Saturday Review, and other literary journals[,] articles dominate that read as if most of basic science had halted during the nineteenth century." On page 207, he avers, "Luddites and anti-intellectuals do not master the differential equations of thermodynamics or the biochemical cures of illness. They stay in thatched huts and die young."

In the first instance, he has offended the intellectual establishment by pointing out their lack of education, and in the second his incisive expression sounds a bit elitist. But Wilson is not an elitist, nor is he the evil eugenic bad boy that some would have us believe. He is in fact a humanist and one of the world's most renowned scientists, a man who knows more about biology and evolution than most of his critics put together.

I want to quote a little from the book to demonstrate the incisive style and the penetrating nature of Wilson's ideas, and in so doing, perhaps hint at just what it is that his critics find objectionable.   In the chapter on altruism, he writes, "The genius of human sociality is in fact the ease with which alliances are formed, broken, and reconstituted, always with strong emotional appeals to rules believed to be absolute" (p. 163). Or similarly on the next page, "It is exquisitely human to make spiritual commitments that are absolute to the very moment they are broken." Or, "The genes hold culture on a leash. The leash is very long, but inevitably values will be constrained in accordance with their effects on the human gene pool" (p. 167). He ends the chapter with the stark, Dawkinsian conclusion that "Morality has no other demonstrable ultimate function" than to keep intact the genetic material.

In the chapter on aggression, he posits, "The evolution of warfare was an autocatalytic reaction that could not be halted by any people, because to attempt to reverse the process unilaterally was to fall victim" (p. 116). On the next page, he quotes Abba Eban on the occasion of the 1967 Arab-Israeli war, "men use reason as a last resort."

In the chapter on religion, he argues that the ability of the individual to conform to the group dynamics of religion is in itself adaptive. As he avers on page 184, "When the gods are served, the Darwinian fitness of the members of the tribe is the ultimate if unrecognized beneficiary."

It is easy to see why some people might be offended at such a frank and penetrating expression. But one of the amazing things about Wilson is that he can be bluntly objective about humanity without being cynical. I have always found his works to be surprisingly optimistic. He has the ability to see human beings as animals, but as animals with their eyes on the stars. In the final chapter entitled, "Hope," Wilson presents his belief that our world will be improved as scientific materialism becomes the dominate mythology. Note well this point: Wilson considers scientific materialism, like religion and the macabre dance of Marxist-Leninism, to be a mythology. His point is that there is no final or transcending truth that we humans may discover; there is no body of knowledge or suite of disciplines that will lead us to absolute knowledge. There are only better ways of ordering the environment and of understanding our predicament. He believes that toward that end scientific materialism will be a clear improvement over the religious and political mythologies that now dominate our cultures.

No one interested in evolutionary psychology can afford to miss this book, even though it was written the 1970s. It is a classic. Anyone interested in human nature (yes, one may profitably generalize about human nature, as long as one understands what a generalization is, and appreciates its limitations) should read this book, one of the most significant ever written on a subject of unparalleled importance.

--Dennis Littrell, author of “Understanding Evolution and Ourselves”

'What is the real nature of a human being? What is our highest potential and how can we live it to fulfill the essence of our purpose?

We live in a world of impulses, noise, external light and constant movement. The silence of a forest has disappeared from our life, we no longer listen to the sound of crickets before we fall asleep, hundreds of frogs waking up at 3am, a water source running through our backyards or wander around desert dunes listening to different types of winds.

Mother Earth has given us an amazing range of shapes, colours and sounds that a normal city dweller might only explore in an hour’s ‘outing’ when they escape from the ‘norm’, the reality of white walls and working desks that imprison their followers to a lifelong time of work.' 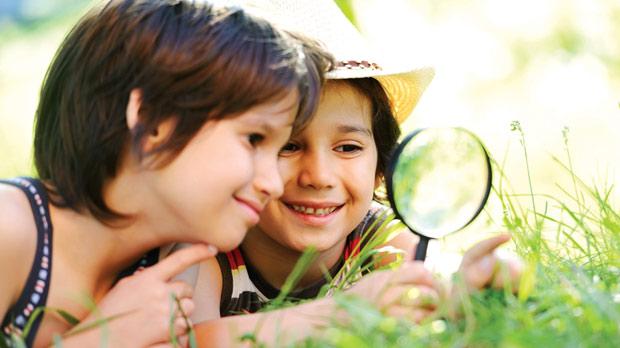