Log in with Facebook
or
Wrong email address or username
Sign up
Already on BookLikes? Log in!
Incorrect verification code
Please, check your email, the code to access your BookLikes blog was sent to you already.
Enter code:
« Back Send
back to top
Search tags: Mulan “I’ve seen many men dress as girls to evade serving in the army, but never any women who dressed as boys so they could serve.” 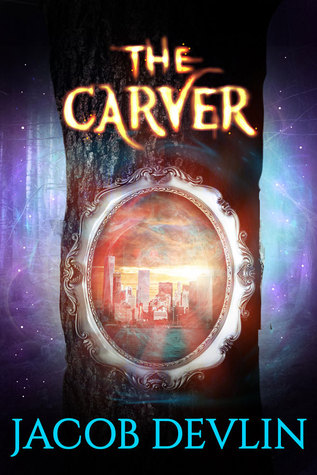 THE GIRL IN THE RED HOOD has been looking for her mother for six months, searching from the depths of New York’s subways to the heights of its skyscrapers . . .

THE PRINCE looks like he’s from another time entirely, or maybe he’s just too good at his job at Ye Old Renaissance Faire . . .

THE ACTRESS is lighting up Hollywood Boulevard with her spellbinding and strikingly convincing portrayal of a famous fairy. Her name may be big, but her secrets barely fit in one world . . .

Fifteen-year-old Crescenzo never would have believed his father’s carvings were anything more than “stupid toys.” All he knows is a boring life in an ordinary Virginia suburb, from which his mother and his best friend have been missing for years. When his father disappears next, all Crescenzo has left is his goofy neighbor, Pietro, who believes he’s really Peter Pan and that Crescenzo is the son of Pinocchio. What’s more: Pietro insists that they can find their loved ones by looking to the strange collection of wooden figurines Crescenzo’s father left behind.

With Pietro’s help, Crescenzo sets off on an adventure to unite the real life counterparts to his figurines. It’s enough of a shock that they’re actually real, but the night he meets the Girl in the Red Hood, dark truths burst from the past. Suddenly, Crescenzo is tangled in a nightmare where magic mirrors and evil queens rule, and where everyone he loves is running out of time.

What’s Good: an decent twist on what’s becoming a clichéd, stale idea. Fantasy characters migrating to the Real World and having to return to save everything is nothing new. Author Jacob Devlin invests the tropes with a bit of new life, which is all you can ask for. He also works all the loose ends of the plot into a neat little package; at about 65% or so you’re all caught up. Chapters are short, making for fast and easy reading.

What’s Bad: all the inconsistency. The setting seems lifted- or should I say ‘inspired by’- practically every existing Disney cartoon. It’s more mish-mash than mashup; all manner of fictional and historical characters- including Merlin, Kaa the Snake, Dr. Frankenstein and Mulan- come and go in Fairyland but no rhyme or reason as to how they got there or how it all works- especially at the finale when some of the characters end up in yet another fantasy realm. It’s all there to support the story without consequence and you’re just going to have to roll with it.

Dialogue- like most everything about the book, it seems to be kind of all over the place, almost like it was written freeform. One moment characters are speaking proper, stilted language and the next they’re saying ‘wanna, gonna, ain’t, buddy…’

Typical of a mish-mash, the characters exhibit some of the dumbest behavior at the worst times simply to advance the plot. And it’s pretty tiresome. This kind of stuff isn’t heroic- it’s idiotic, and far too often a crutch authors lean on. How about smarter, more capable villains?

There’s also the plot device of telling the story out of phase, alternating between Real World Now for the current situation and Fairyland Three Years Ago or Fairyland Twenty-Five Years Ago to reveal the backstory. Just when you’d be in the flow of one scenario you’re thrown into another, breaking up the rhythm. And sometimes it’d take several chapters to return to a setting, so you may have forgotten a thing or two and have to go back.

What’s Left: some badly executed good ideas. Nuggets of a story that need sharpening up, otherwise this isn’t a Young Adult story but a Middle Grade one. I've had this book on my TBR list since i was 17? 18? its been quite a while and I've been looking forward to it for what seems like forever! much to my disappointment it wasn't as spectacular as i had hoped, I'll admit i imagine if i read it when i first added it to my TBR list i probably would of thoroughly enjoyed it, now I'm reading more complex and better scripted books and sadly Huntress just couldnt hold up to them. It wasnt bad, just not as ....in-depth as i had hoped, the races and cultures could have been developed more, the characters where a bit bland, a few of them died or almost died and i didnt get even slightly moist eyes! now that tells you something!
But it does ave some good features, for one its i believe the first YA book i have read with a f/f relationship which is nice, they where cute together as well. The expectations of Keade where handled well, she had a complicated relationship with her father due to his roll in relation to the emperor - yes it could have been handled better with more detail but at least it was there, which i appreciate.

really if you want an Asian theme, where a girl goes off to fight the bad guys and win the day you can't go past Mulan (great movie) otherwise i would only recommend this book to early teens who would (in theory) appreciate it more than I.

Rating 2.5 stars - seems a little harsh, it wasnt a bad book, and there were moments.... but i wanted more from this book. The rating system on GRs is 2 stars = ok, 3 stars = i like it, this is smack in the middle of that, so therefor my rating in 2.5 Kind of funny if the princes act like they are Disney Prince characters. This novelette is a thing of beauty.

It tells a more compelling tale in 30 pages than many a full-length novel.

A girl, disguised as a boy, who ran away to sea.

This book is not shy with same-gender relationships, something I've not come across often in stories of sea voyages (which I admittedly have not read many of).

Eg. Sailors who do not succumb to the lure of sirens because the person they love is a fellow sailor on board

It does not shy away either, from the risks that the main character is taking as a female masquarading as male on board a ship at sea.

Gareth, you must treat her only as your friend, and you must never, ever tell anyone else her secret.”

“Aye,” Gareth said, laughing, “or the captain will propose marriage to her, as happens in all the ballads, and we know our Peg will never marry.”

She’d given me a bag of herbs before I left. “If you’re forced, Peg, make this into tea and drink it. You’ll get sick, but if a baby’s started, it will stop.”
(spoiler show)

And then of course, there is a storm and a shipwreak :D

In a nutshell, this was startlingly lovely, and I highly recommend it.It can be found for free reading here: http://www.tor.com/stories/2013/07/homecoming