Log in with Facebook
or
Wrong email address or username
Sign up
Already on BookLikes? Log in!
Incorrect verification code
Please, check your email, the code to access your BookLikes blog was sent to you already.
Enter code:
« Back Send
back to top
Search tags: Mutilation 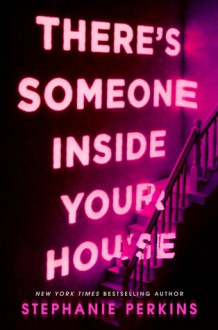 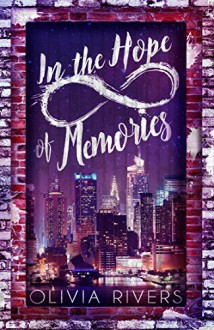 Hope is terminally ill. When she dies, she wants her friends, Kali- who cuts/self-mutilates & is also battling anorexia; Aiden-who suffers from Obsessive Compulsive Disorder & severe anxiety; Erik- who has LHON disease which is causing him to go blind very rapidly; & Sam- who was born with a gender disorder and was also in a bombing so is permanently disabled & in a wheelchair; to do one last thing in her honor- complete a scavenger hunt. The hunt Hope designed though is more then just a fun adventure, she wants her friends to not only befriend each other, but to come to terms with their own individual issues, turn their lives around and use the time they have left to do something good with their lives. As the group sets out to honor Hope's dying wish, they learn that there is a lot more to life then they originally thought.

Needless to say, this is a very heavy story! The author tackled a multitude of issues and she did it very well. The character development was also very complex but it was spot on and as realistic as you can get. I also think the cover is just gorgeous! The colors are so pretty.

The only thing I really didn't care for was the excessive back & forth bickering and name calling, especially at the beginning. I understand what the author was trying to do and a little bit of teenage drama would have been okay but I think it went so far overboard that it made the bickering feel forced and unnatural. Other than that though, it was a fantastic story and I think it brings awareness to some serious issues that aren't always talked about but need to be.

*I received this ARC from NetGalley & Red Sparrow Press in exchange for an honest review. Thank you! 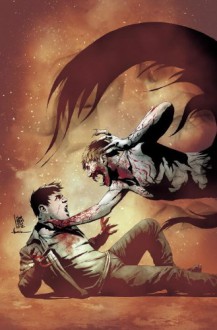 Andrew Bennett evil brings to mind Angelus from Buffy. Absolutely hateful. I didn't enjoy seeing him that way. I think the world is a much better place without an evil Andrew Bennett!

This is definitely dark Vampire-themed horror. The storyline is twisty and it's not in any way predictable. Villains become heroic and vice versa. We get a little backstory on how human Andrew Bennett became a vampire long ago, and why Mary, his eternal bride, hates humans so much.

Throw in some Biblical lore, such as Cain and Lilith, and some shocking losses, plus a few cameos, and I had to give this four stars. It was very good for what it is. Don't go into this expecting sweetness and light. This is for vampire fiction readers who like their vampires dark and depraved. 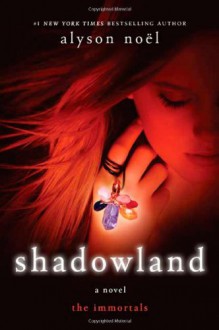 I’ve given this series three tries now. That’s three tries too many and two more than usual. I have been disappointed for the final time. I Am Done. Done with the stagnant, shallow, and (in Ever’s case) stubbornly dense characters. Done with the New Age nattering on about energy fields and Wicca 101 lessons. Done with the endless faux sexual tension and the strung out destined to be together soul-mate crap.

I should probably have some wine and chocolate and calm the hell down but I need to get this review over and done so I can move on and purge it from my memory which fortunately for me (in this case) isn’t very good anyway.

If you haven’t read the previous books in the series they are Evermore and Blue Moon and you really haven’t missed much. I’ll do a super quick synopsis to spare you from the unnecessarily long brain melting info. dump that goes on in the first few chapters of Shadowland. Ever is a pretty blonde cheerleader type who lost her entire family in an accident. But don’t fret because she doesn’t. She’s too busy mooning over dreamy guys. In Evermore she was made an immortal by drinking “immortal juice” given to her by her perfect, gorgeous, immortal boyfriend and soul mate Damen. They want to have sex (oh so very bad) but can’t touch because braniac Ever trusted a villain named Roman in Blue Moon and now her body fluids are toxic to Damen. They can’t kiss or bump any naked naughty bits or do anything else unless fully covered and there’s really no fun in that now, is there? They can’t even hold hands because Ever might get all clammy and sweat on him causing his ultimate fiery demise. Ahhh, the tragedy! So there you go.

In Shadowland, they attempt to find an antidote so they can finally “be together” (euphemism courtesy of the author, I would’ve used much naughtier terms), Ever doesn’t listen (again) and gets herself into further trouble and then a new character named Jude (who is gorgeous and dreadlocked and gets Ever all a-flutter, shameless hussy that she is) is introduced because what the world needs now is another lame love triangle.

If I sound a mite sarcastic I’m sorry but I’m beyond irritated by these shallow and dimension-less characters. I had all three of these books on my Ipod and kept reading them hoping desperately that things would improve. But Damen is still totally amazing and crapping out white tulips and we are continually brutalized with Ever’s endless descriptions of his physical perfection. At one point she even waxes poetic about his “perfect rubber flip flop shod feet”. I Kid You Not. Oh and Haven is still a royal beeyatch while Ever continues to be Ever. No one grows at all in these books and it makes me crazy.

But the worst fault here is that Shadowland blathers on for chapters without anything much of any excitement, importance or plot advancement happening. I could deal with this if I were enjoying even one of the characters but they continually disappointed and frustrated me with their perfection, self-centeredness or outright stupidity. And then the bit about Haven becoming . . . well, I won’t go there and spoil things for you in case you’re still wanting to read it.

I realize I’m rambling but this series is just not a good one, if you’re asking me. It’s not interesting, the characters are mostly jerks who I can’t work up any sympathy for and it’s not one I can recommend at all. I’m stopping here even though I think I still have two more of these books on my Ipod. I’ve already wasted too much time and if someone tells me they get better I am sticking my fingers in my ears and refusing to listen! Which is what I wish I had done with these audiobooks!

And here's the movie trailer if you're dying to see more!