Log in with Facebook
or
Wrong email address or username
Sign up
Already on BookLikes? Log in!
Incorrect verification code
Please, check your email, the code to access your BookLikes blog was sent to you already.
Enter code:
« Back Send
back to top
Search tags: asian-mythology 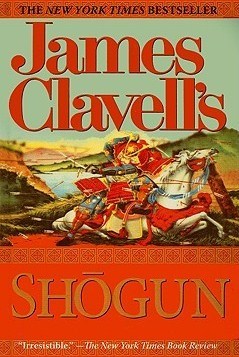 I already have the second in the series, Gai-Jin, which I bought at the KUBF'18. This is the edition I own:

Have you read any of these doorstoppers? What did you think of them?

Originally published at midureads.wordpress.com on February 23, 2018.

These are the books that I read in different Octobers throughout my reading life and have left an impression on me.

Minette Walters became an automatic buy for me right after I had read her for the first time. This novella wasn’t any different even though it was inspired by true events. 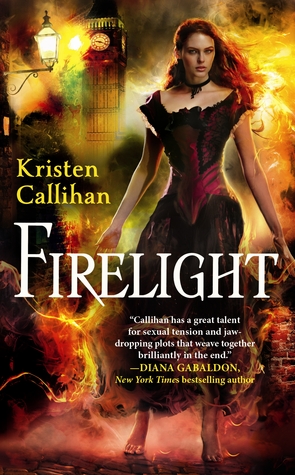 Okay, so this series has me confused. While I love the Asian culture that is prolific in the books, I keep thinking there is something missing. It could be that it took the lead couple like 3–4 books to even admit their feelings to each other. I don’t want to stop reading this series but I do have to be in the mood for it. I haven’t read many MM novels but I did read this one and loved it. My Mini-Review for this book: Everybody loves a good apocalypse and I’m no exception! There was a female lead who, if not exactly capable of kicking ass, was a leading geneticist– brains over brawn any day! The freaky way the vaccine changed them all was amazing-no death causing viruses or flesh-eating zombies, yet horrific in its own way. Prison takeovers are the scariest things ever and the author combined it with a post-apocalyptic scenario! The ever-present threat of the convicts getting to our heroine was sufficient to keep me reading.

I loved the fact that the author didn’t even need to show much violence to keep the readers hooked– she just let us imagine what “could” happen if they got to her.

Irreverence is a personal favorite of mine, which you might have guessed from my binge read of the Preacher graphic novels! This novel was funny but dragged in some places.

“If manta rays are going to be harmless, they should look more harmless, Pardee thought. Fuckers look like aquatic Draculas.”

I can’t stop myself once I have read the word, Steampunk, being associated with a book. This was a fun romp of a book and I enjoyed reading it, even if it did get bogged down in certain places.

Read my review here. My favorite stories from this bunch:

WEIGHTS AND MEASURES by Jodi Picoult ★★★★
How parents deal with the loss of their 7-year-old daughter.

A LIFE IN FICTIONS Kat Howard★★★★
She was a part of his stories..literally!

THE THERAPIST by Jeffery Deaver★★★★
Nemes are very real and you may be susceptible to them!

PARALLEL LINES by Tim Powers★★★★
Twins-one sister dies and decides she wants to come back.

The best part about anything written by Ilona & Gordon Andrews is probably that they manage to include important issues, such as rape, abuse, family, in it. But they do it in a way that makes you see why an issue’s important yet

In diplomacy, like in great many other things, the rules of engagement survive only until one remarkable person decides to break them.

Which books did you read in October that left their mark on you?

Originally published at midureads.wordpress.com on October 12, 2017.

They say love can move mountains. But can hate?

IMPERIA is a tale of revenge. It is a resurrection of Asian myth.

Thirty years is a long time to hold a grudge. The Red Empress has endured every single day of the past three decades living among enemies. A captive empress, she bides her time, her mind's machinations plotting a future bathed in blood. And then the waiting ends. Across the Empire of Heaven, the winds blow calmly no more. Evil battles evil in a fight for destiny itself. When a vendetta escalates into revolution, the Empress must choose between herself and something far greater. Incorporating elements of fantasy, horror, and erotica, Hatcher creates a world as dark and hypnotic as an opium dream.

The opening was enough to hook you: a noblewoman embarking on a quest to consult with a seeress about the means to seek vengeance on those who’ve killed her family and devastated her people. What she learns is not fully revealed, but cements her path of retribution, a path that’s laid in blood.

The writing style is… fair, but uneven. It invokes an air of chaos and change, tumult and rebellion, but also despair and even resolve. The main characteristic Hatcher’s writing is typical of self-publishing: too much telling, not enough showing. Once again the reader is constantly told what’s going on, what’s happening to the characters, rarely experiencing it with them, through their eyes. And it dulls the impact of every significant event.

The setting is great!- a tale of intrigue and fantasy set in an imperialistic Chinese world, with a trace of Western influence. The lead character, Fei Sei, inhabits a milieu of constant intrigue with everyone jockeying for position and maintaining balance is often the difference between life and death. Sadly, it’s often under as the focus is shifted to other matters.

The conflict at the heart of the story is where it both burns brightly and fades to embers. Fei Sei is the only survivor of the barbarian raid on the imperial palace; she was wedded to the barbarian chief to give legitimacy to his rule. For over thirty years she’d suffered and planned in silence, biding her time until she was ready to strike back at those who slaughtered her family and crippled her people. Aided by steadfast friends and allies, Fei Sei sets in motion a web of deceit and misdirection to bring the barbarians to their knees. The problem, again, is in the delivery.

The dialogue is one of the most egregious areas the book fails in. As we’ve come to expect in classically inspired fantasy tales, speech patterns and diction are formal and precise… until they suddenly turn into slang and dialect. Ever wondered what it’d be like to see a Chinese peasant using words like “youse” and “ain’t”? Look no further than this book, and be prepared to get knocked right out of the story when it happens. Is this supposed to be China or Chinatown? I’ve no idea what the author was aiming for with this.

Another self-publishing pitfall is the ever present Telling, Not Showing. You’re never in the moment with the characters, more like always standing next to them waiting for them to tell you what’s going on with them. The story itself is interesting; the premise is definitely intriguing. Fei Sei’s chain of vengeance and retribution unfolds and blossoms, sometimes in the most haphazard and contrived ways. You’re left marveling at the ease many of her schemes play out, but only because of the gross stupidity of her enemies. It’s a classic case of the heroine almost winning by default.

There were so many ways this story could’ve succeeded and shone, like the promise of a diamond within a lump of coal. So much sparkle and brilliance waiting to burst forth and dazzle. And like so many self-published books, all it needs is a decent editor to bring it forth. 2.5/5 stars.