Log in with Facebook
or
Wrong email address or username
Sign up
Already on BookLikes? Log in!
Incorrect verification code
Please, check your email, the code to access your BookLikes blog was sent to you already.
Enter code:
« Back Send
back to top
Search tags: gonna-be-sick This is NOT a romance. This is a horror story. I knew this going in, and I was still pretty horrified while reading.

Birthday Presents is dark. It contains rape, torture, and death. The villain is seriously disturbed. There are explicit scenes that are difficult to read. This book is not for the faint-hearted.

The plot is fairly straight-forward, and we know from the get-go who the villain is. Spending time in Crimson's mind made me want to bleach my brain to get the disturbing images gone - he's vile and insane. He's a hunter, he is a murderer, and he has no conscience. He lives for the hunt, for the kill, for the depravity of his actions.

There's an attempt at making the reader sympathize with the villain, though that didn't work with me - I am firmly in the camp of not believing that a rough and abusive upbringing excuses the actions of our villain.

I appreciated that the author gave the victims strength and allowed them to be more than just simpering damsels in distress. They fight for their survival, they do what they must to live.

There's a bit of a mystery as to who's helping the villain, though I wasn't completely shocked to find out who the mystery person was - there were sufficient hints along the way. Still, that was a well-done plot point that kept me at the edge of my seat.

I hope that Tracey and Kyle get the psychological help they both need after living through these horrors, but I felt confident that they will both get through this. As for the little bit of romance we get toward the end, between Gene and his co-worker - that development came a little out of left field for me, and I didn't quite buy the long-time pining that's insinuated here.

The writing was inconsistent in some instances, and I had to reread a few passages to understand what the author was trying to tell me. I also thought that the characterizations were uneven, and in some moments, the characters' actions didn't make sense to me. YMMV.

** I received a free copy of this book from its publisher via Netgalley. A positive review was not promised in return. ** 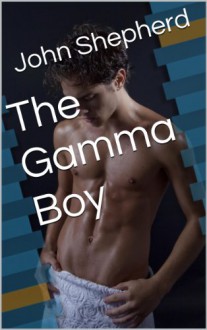 DAFUQ did I just read?

Ever wonder what really happens behind the closed doors of a fraternity house full of the sexually-charged bodies of hot young men? The Gamma Boy is a romantic thriller that is sure to make your heart pound.

I downloaded this novella when it was free on Amazon, and I'm rather glad I didn't pay good money for this. The book's meager plot line is about a college freshman getting involved in a frathouse/prostitution ring by pledging to the frat, not realizing that he's being groomed as a high-dollar sub to be sold to the highest bidder. Dubious consent and non-con gangbangs included.

There's more graphic, explicit sex in this book than plot. What plot there was involved said college freshman and one of the gang-rape perps falling in love and exposing the seedy frat underbelly, before riding off into the sunset together. Because while everyone else in that frat was guilty, our "heroic savior" clearly was not, even though he participated just as much in the gang-rapes as the other brothers. What fuckery is this? You have got to be kidding, right? Not only is this a thinly veiled real people fictional account of a little Indie movie called Twilight, and Kristen Stewart/Robert Pattinson, but the author also posted this on Fanfiction.net under the Twilight category? In where Neanderthal Ehd (Edward) meets time traveler Beh (Bella though her name has been changed to Elizabeth in the published version) who falls into his pit trap after traveling back, way back, in time. All he can think about is putting a baby in her, all she wants is get back home. He grunts a lot, because, you know, language wasn't actually invented yet in those days.