Log in with Facebook
or
Wrong email address or username
Sign up
Already on BookLikes? Log in!
Incorrect verification code
Please, check your email, the code to access your BookLikes blog was sent to you already.
Enter code:
« Back Send
back to top
Search tags: Bechdel-test 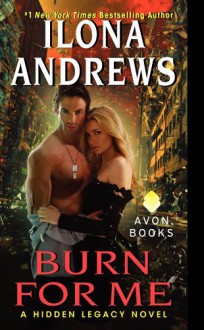 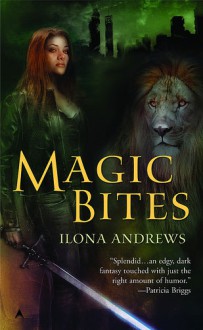 I got super sick last week and read a half dozen trashy and less trashy PNR/UF books to salve my soul. Also, I managed to tear through all of the Mercy Thompson books, so I'm a little at loose ends as far as light reading goes. I hit a lot of different series to try them out, and next up is Ilona Andrews.

Turns out, Ilona Andrews a husband and wife writing team, which is fascinating, because they do an amazing fucking job. I started with Burn for Me, because it was on my ereader for some reason (see, a theme!) Burn for Me is the start of a new series, different from the Kate Daniels series that put them on the map. In this world, people who took a serum to activate magical talents a hundred years ago have been intermarrying to shore up the money and power amongst themselves. They are basically unaccountable to anyone, for anything. You know, like our world, but slightly more metaphorical. The main girl is a PI, who is called in to take the fall for a son of wealth and power gone rogue.

I rarely actually laugh while reading, because I have a black black heart, but I did here, multiple times. Andrews is clever and funny, and utilizes a vocabulary typically unseen in urban fantasy. Burn for Me is definitely more on the urban fantasy end, so the growly love interest person isn't anywhere near the most important character, more's the better. The PI has a complex, loving, and exasperating family who are in the business with her, and they get in the way and help out in equal measure.

I'm also fairly confident that Burn for Me pretty much smashes the Bechdel test, which is also notable for a lot of paranormal romance (or actually just regular romance.) So, the Bechdel test is this thing where you ask if 1) there are two women with names and 2) if they talk to each other 3) about anything other than a man. There's a lot of problems with how the Bechdel test gets used, not the least of which is that of course failing the test is not an indicator of either poor quality or anti-feminist writing. I think its main utility is in broad genre statistics: how often does a particular set of writings tell the stories of women that do not hinge on the men in their lives?

PNR fails this test a lot, a lot, partially for the very obvious and understandable reason that mainstream romance by its very definition deals with romantic relationships mostly between heterosexual couples. (Of course there's M/M romance, but that has its own issues I'm not getting into right now.) So of course ladies talk to dudes, and when they talk to their lady friends, they talk about dudes. So far so good.

But really, PNR often takes this one step further, where there is often only one female character in dozens of guys (which you can see in everything from Mercy Thompson to the Black Dagger Brotherhood). If there is another female character, she's slagged as a slut or something, in opposition to the shiny, shiny perfection of the heroine. So it was just lovely to see a family unit of mostly women enacting real relationships that didn't necessarily have anything to do with the love interest. They had money problems and argued about who got the car and who was going to set the table. About how they were going to do their jobs. Just, my heart swells.

Next I hit Magic Bites, which has to be one of Andrews's first novels (weirdly, a theme in my reading recently: start with later stuff and work back.) Not as accomplished as Burn for Me in terms of prose style, but still a damn fine novel, with an absolutely dynamite world to play around in. Kate Daniels lives in an alternate present where magic is swinging back into dominance, and the ascendance of either tech or magic happens randomly and without warning. The vacillation toward magic in the last 15 whatever years means that skyscrapers are falling down, and all of our magical technology is going dark. It's technically a mid-apocalyptic world, which O, baby.

Kate is something between a PI and a bounty hunter, magically inclined. A father figure from her childhood, who works for the magical Order keeping magical shit in check, turns up dead, and she drives into a crumbling Atlanta to find his killer. It's one of those stories where she keeps getting the shit kicked out of her and running down blind alleys, but her general competence and grit gets her through. Something like magic noir. Reader, I enjoyed it greatly. I'm definitely gulping down the rest of this. 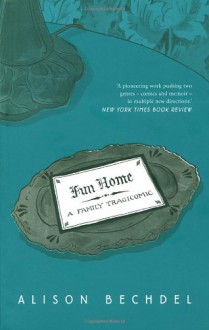 An erudite, self-aware feminist memoir, in graphic novel form, examining a lesbian’s childhood relationship with her parents – especially her closeted gay father. Fun Home is chock full of psychoanalysis, literary criticism and commentary on gender, sexuality and suicide. You may recognise the author’s name from her Bechdel Test, which ‘asks if a work of fiction features at least two women who talk to each other about something other than a man’ to indicate gender bias (Wikipedia). 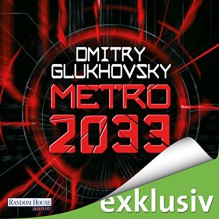 Up to about two-thirds, there weren't ANY women in this book. After that there were three: One scolding her husband for putting their son at risk, one serving her husband a meal and telling him everything would be okay when he was in a bad mood, and a third one offering the protagonist her little son in exchange for ammunition (iirc). Oh, and not to forget, there was the diary of a dead woman that was read by the (male) protagonist.

As you can see, women really played an important role in this story. Miserably failed.

Whenever the protagonist found himself in danger, suddenly a total stranger (or a group of them) appeared out of nowhere to help him: When he wanted to leave a station, when he wanted to enter another station without having the proper papers, when a station was attacked, when he got lost in the tunnels, when he was captured... Every. Freaking. Time.

You would think that the setting of this book would make for a pretty creepy read - Moscow's metro system after an apocalypse, its stations inhabited by only a few surviving humans, surrounded by mutants on the surface that are always about to attack, also frightening beings in the tunnels and malevolent groups supervising certain stations - but it doesn't. There was solely one scene in the whole book that I found a bit scary, that's all.

Oh, and the resolution wasn't ingenious either.

Two stars for the unique setting and because it wasn't completely boring. 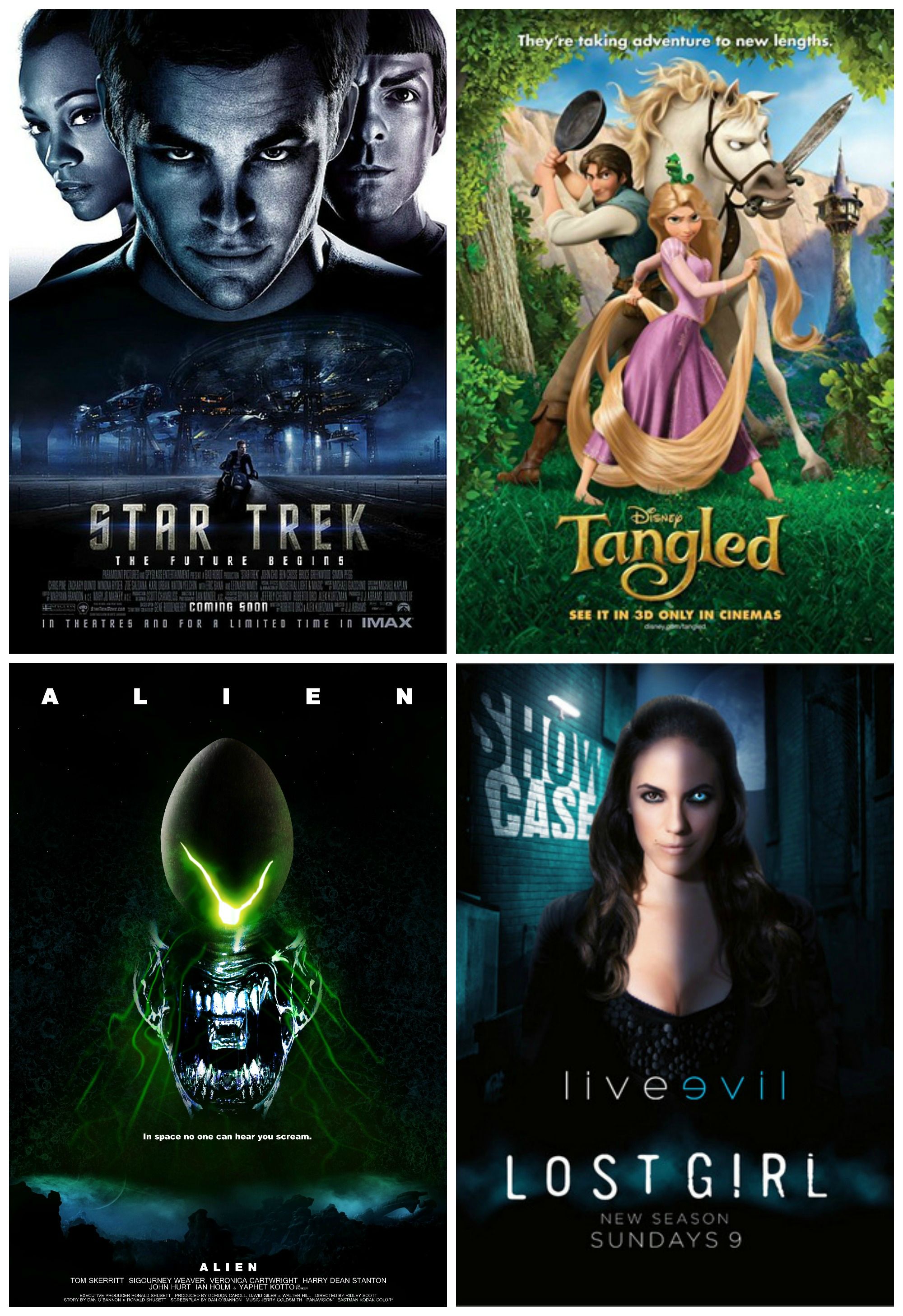 The “Bechdel test” for female representation in films is now widely known. To pass it a film should contain two named female characters who have a conversation about something other than a man. In recent years, similar tests have been proposed for other under-represented groups, including the Mako Mori test for characters of colour, and the Russo test for queer characters. What are the strengths and weaknesses of such tests? How do they affect our viewing choices? And what does the popularity of such tests say about how popular media are being received and discussed? 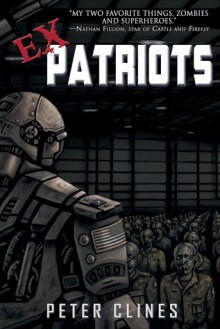 Cline lost me with this sequel.  His "Then" and "Now" storytelling from Ex-Heroes continues but it's too many POV, with ultimately irrelevant characters, and not keeping the focus on the actual superheroes and the new characters who continue to matter (I know, some of the chapters told from other characters' POVs feature those characters) is just disjointing. The book was about 75 pages longer than it needed to be and the tension with the ongoing villian sort of erupted out of nowhere without a plausible explanation, given the book's setup-- and then the whole setup kind of dissolved.

There are two more books in the series but I think I will skip them.  The will-they-won't-they between St. George & Stealth is getting annoying, and the intermittent & unresolved pan-in, dissolve focus on Danielle/Cerberus' PTSD annoys me, because I'd like to see that paid real attention.

Despite theoretically strong female characters, Cline doesn't do as much with them as I'd like as just awesome women.  Danielle fades into the background when she's not in the armor and becomes a career-focused drone. Bee is obsessed with sex with St. George, Stealth is obsessed with people not knowing who she is and on both playing up her sexuality/strength and avoiding St. George's schmooopy/romantic/intellectual attractions. Meh. Feminist fail, Peter Cline.