Log in with Facebook
or
Wrong email address or username
Sign up
Already on BookLikes? Log in!
Incorrect verification code
Please, check your email, the code to access your BookLikes blog was sent to you already.
Enter code:
« Back Send
back to top
Search tags: book-lovers

The one where I just need to give a shout out to Dave at The Write Reads and all that he does for the book bloggers he's gathered (and continues to gather) together over on Twitter. Amazing Grace is a story of a young girl named Grace. Grace is a very adventurous little girl that loves all kinds of stories. She would read them, have them read to her, and even act out ones in her own head. When her class is told they will be acting out Peter Pan, she gets very excited and is more than prepared to try out for the role of Peter Pan. She gets the part and does an amazing job!

This book could be used in the classroom as a great confidence booster. The students could break into groups and act out a story for the class. They could also come up with books that they have read before that would make for great plays and write about how it work out.

Today’s stop is for PE Kavanagh’s Friends & Lovers Book Series. We will have info about the books and author, and a great excerpt from one of the books, plus a great giveaway. Make sure to check everything out and enter the giveaway. 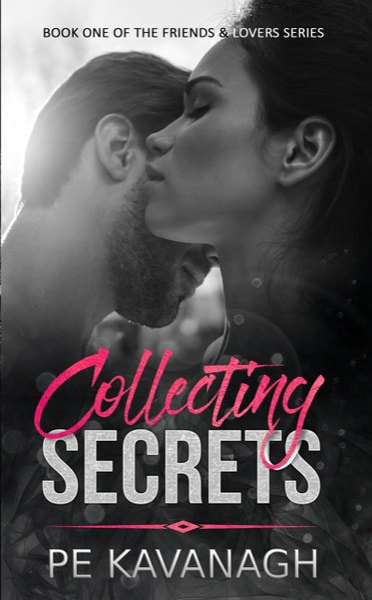 A grieving heiress. A celebrity psychologist. A decade of friendship. UNDONE BY ONE BOLD MOVE.

When Camille first met Jackson she was too young. Too innocent. Too traumatized.

Friendship was less than what she wanted, but all she could handle.

The safe harbor of Jackson’s family. The unconditional commitment of his friendship. The collection of secrets she never knew existed, Claims and confessions come hard and fast as Jackson and Camille navigate all that has never been said. Each step they take, closer to the truth and each other, demands another layer of secrets must fall.

Collecting Secrets is a steamy standalone contemporary romance with no cliffhanger. You will meet characters who will reappear throughout the series. 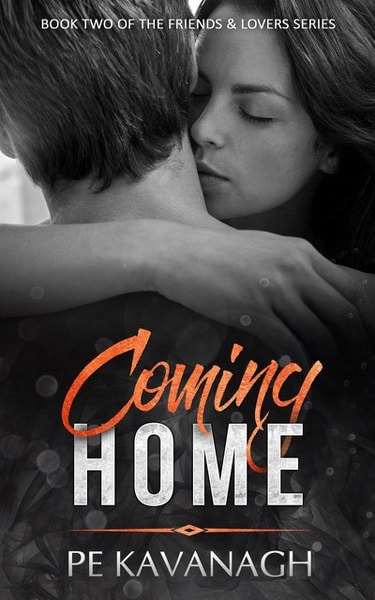 For Ramona Barrett, a lot has happened in fifteen years.
Her maniacal grandfather finally died.
Her father sobered up and got his life in order.
She built an enviable life based on righting her family’s wrongs.
And the chubby, awkward boy who used to be her best friend is now a man she hardly recognizes.
Lucas Winston recovered from his law-school fiasco and is now the hottest chef in DC. The elite clamor for a seat in his restaurant, the power-hungry vie for connections to his powerful family, and an old friend demands a forgotten promise be honored. Everyone wants a piece of him.
Except Ramona. She can’t see that he’s never stopped loving her. That they are meant to be together. Even if he is about to marry someone else.
If you’re looking for smart, sexy characters in a layered, emotionally-gripping story, Coming Home will take you there.
This steamy, standalone contemporary romance has no cliffhanger, but includes characters you will meet throughout the series.

This was not the first time Camille had looked foolish, but it might have been the first time she didn’t care. Unable to find her room key or hold back the torrent of tears, she plunked down onto the ugly hotel carpet in front of her door and sobbed, loud and hard. With nothing but the back of her hand to wipe away the tears and snot, the scene quickly escalated from tragic to gruesome. Heartbreak was no stranger. But this break-up was beyond humiliating. How dare he? She had given him everything and he claimed it wasn’t enough. He’d stood in the cold marble lobby and yelled at her. Accused her of cheating. In front of everyone. Humiliation mingled with anger and desperation, halting any effort to pull herself together. They’d flown across the country to attend this wedding and now she’d be conspicuously dateless in a room full of happy couples. She tried to take a breath and choked on a new wave of tears. A soft crush of footsteps stopped in front of her, but Camille had no interest in lifting her head off her knees to look. “Hey, Cam. What’s wrong?” She knew that voice, as well as the gentle stroke of his hand in her hair. “Camille. You’re scaring me. What’s going on?” His worry pierced through her pain and, with great effort, she tilted her head up to see her best friend’s face inches from hers. His eyes flashed to fear. “Camille! What happened? Are you okay? Talk to me!” It took so much energy to form words. “Calm down, Jack. I'm okay.” “You don’t look okay. Did something happen with Charlie? Where is he?” The questions were coming too fast for Camille’s throbbing, blurry head. “He dumped me.” There, she said it. Out loud. The line of his lips flattened and his breath growled. Rage filled his expression. “That mother fu-” Camille shook her head, trying to regain her composure. “We flew all the way here and that bastard couldn’t even wait one more day.” Jackson’s mouth softened. “I'm so sorry.” He rubbed his thumb across her cheek. She looked into the warm brown eyes of her closest friend, the man who’d been like a brother for the past ten years. This was how she knew him best – kind, caring, and sweet. She didn’t care how the world saw him. She had gotten to know the real man. “Let’s get you up and into your room.” He slipped his long arms under hers and stood her up. She fell into his broad chest, melting into the arms that enveloped her. “Where’s your key, love?” he whispered into the top of her head. She mumbled into his chest. “I couldn’t find it.” Keeping a firm grip around her with one arm, Jackson dipped down to pick her purse up off the ground. “Can I take a look?” “Of course.” She had no secrets from him. She winced when he had to unlock his arm from her waist to search through her purse. Of course, he knew exactly where she would have put the key: in the smallest zippered pocket. He waved it in front of the magnetic pad and the loud click confirmed his success. As expected, the room had been cleared of all Charlie’s belongings. His compulsiveness would have prevented him from forgetting anything. Camille stepped away from Jackson to look around, hoping to find a belt, or a tie, or even a tube of shaving cream. Any excuse to contact him again. But there was nothing, not even a stray hair. Charlie had almost snuck out without her knowing. If she hadn’t had to leave the restaurant to go to the bathroom, she would never have seen him, bags in hand, striding across the lobby. Jackson stepped in front of her, halting her examination of the room, and began wiping her eyes and nose with a tissue. “I'm a mess.” Only the slightest tinge of self-consciousness colored the moment. This was who they were and had always been. He pressed the tissue across her nose and she blew, like a small child. “No, Cam. You’re just hurting.” He balled up the tissue and flicked it into the small metal bin to his right. “I know you’re upset, love. But, personally, I'm glad he’s gone. He was never good enough for you. And he reinforced his complete lack of class by doing this here. I mean, he couldn’t have ended it before flying to Chicago with you?” Camille dropped her head, another rush of tears pressing against her eyes. His broad palms cupped her face, tilting her up to look at him. “Hey, hey, Cam. He has no idea what an amazing woman you are. There are better things in your future. I know it.” His shoulders lifted as he took a deep breath. Something about the look on his face locked her attention on him. When he touched his lips to hers, a first in their relationship, a tiny spark of surprise jolted her awake. When he pressed in, more deeply, passionately and deliberately, gripping her and parting her lips, there was no question a line had been crossed. A column of heat filled Camille’s body as his mouth explored hers. She could not have imagined anything as wonderful as that kiss in that moment. Until she remembered to whom that mouth belonged. 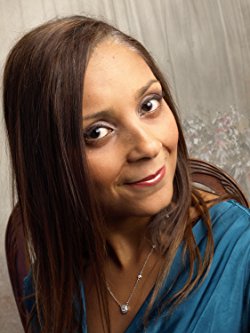 I believe that everything we experience exists as a story within us.

My journey as a writer includes the award-winning poem I penned at the ripe old age of seven, decades of hiding and doubt, and then finally… finally!... realizing that art needs to be shared. Storytelling is part of my heritage, even though I denied it for so long. The stories I created - true and imaginary - have saved me numerous times.

My characters come to me, like old friends excited to tell me what's new. They represent the world I see and the world I want to see.

More than anything, I care about recovery from life’s setbacks… getting back on your feet after life has brought you to your knees… and my characters fight the hard fight for the lives they know are waiting for them.

I’ve drawn my inspiration from the many flavors of my life experience. Once a sad, shy girl, I’ve also been an MIT-trained engineer, biotech executive, professional dancer, yoga teacher and business owner, school founder, spiritual counselor, entrepreneur, and author.

And I own a magic wand that I’m certain will work one day.

When I’m not typing, furiously trying to capture the stories that pour from me, you can find me loving my people to excess, globe-trotting to the next great adventure, and sporting bright red lips as a tango diva. And of course on my digital homes: pekavanagh.com and boldsoulcoaching.com.

Follow the tour HERE for exclusive excerpts, guest posts and a giveaway! This is book #2, in the Snow-Crossed Lovers series.  This book can be read as a standalone novel.  For reader understanding, and to avoid spoilers, I recommend reading this great series in order.

Adam has been avoiding people and places since his injury.  He has been avoiding his girl, and his best friend too.  The adjustment to not being able to compete is nearly killing him.  How do you explain that to those who love you?

Piper has her life mapped out.  Only problem is she wants Adam in it.  No other man has made her feel more alive.  The future is within reach now that Adam is home.

This story was so beautiful and sexy!  I love these characters and have been rooting for them since the first book in this amazing series.  The fire that burns with both of them in the room nearly burns everyone around.  I love how the author handled the sensitive subject of the brain injury.  I give this story a 4/5 Kitty's Paws UP!