Log in with Facebook
or
Wrong email address or username
Sign up
Already on BookLikes? Log in!
Incorrect verification code
Please, check your email, the code to access your BookLikes blog was sent to you already.
Enter code:
« Back Send
back to top
Search tags: book1 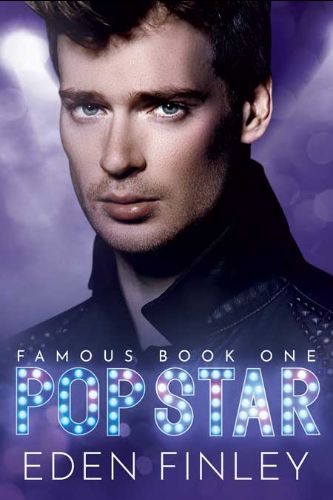 What happens when the most successful boy band on the planet breaks up?

How about twenty thousand fans screaming my name.

But the price of fame comes with an increased risk to my safety.

I’ve been avoiding the dreaded B word for as long as I can, but after a close call with a rambunctious fan, I can’t do it anymore.

It’s time to give in.

I need to hire a full-time bodyguard.

And when he shows up, he not only screams badass, he’s another B word I try to stay away from: boyfriend material.

Protecting people is not what my company usually does, but the boss knows I need money, and the pop star is offering an insane amount to live with him and make sure no more crazy fans break into his house.

I’m doing it for the money and nothing else.

He may be the prettiest man I’ve ever seen, and I may feel sorry for the celebrity life he’s been forced into since he was a teenager, but that doesn’t mean anything.

Just because he fascinates me, that doesn’t mean I like him.

Professionalism. I’m gonna live it. Breathe it. Enforce it … Mostly.

ADD TO YOUR TBR 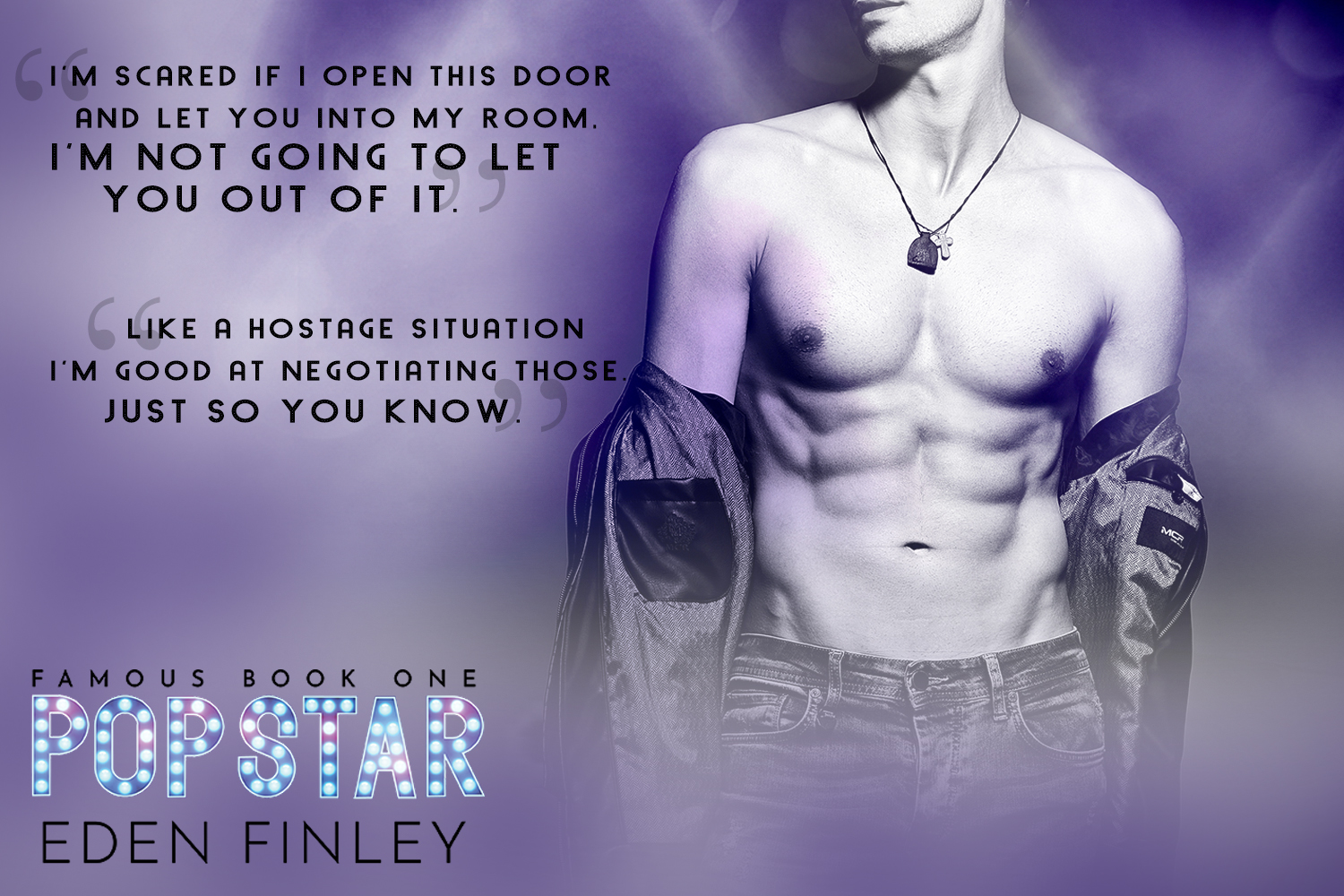 Pop Star by Eden Finley
My rating: 5 of 5 stars

Harley has had quite the scare. An overzealous fan who threatens him in his own home. He has never wanted or needed a bodyguard. Times are about to change.

Brix just wants to do his job, get paid, and go home. He never wanted to get feelings for someone he was charged with protecting. That was before he was charmed by a musician he has never heard of.

I absolutely loved these characters. I cannot wait for the next installment in this series, and this one isn't even out yet. Every single one of the characters in this book brought laughter or something fun. I was completely impressed with the fast pace of the story as well. Lots of heat, and so may surprises for the reader. I only wish I could give it more than the 5/5 Kitty's Paws UP! ABOUT THE AUTHOR
Eden Finley is an Amazon bestselling author who writes steamy contemporary romances that are full of snark and light-hearted fluff.

She doesn't take anything too seriously and lives to create an escape from real life for her readers. The ideas always begin with a wackadoodle premise, and she does her best to turn them into romances with heart.

With a short attention span that rivals her son's, she writes multiple different pairings: MM, MMF, and MF.

She's also an Australian girl and apologises for her Australianisms that sometimes don't make sense to anyone else.
CONNECT WITH EDEN 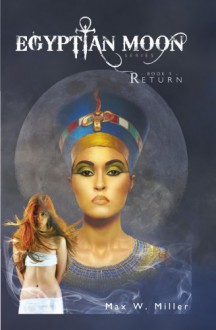 I received a free kindle copy of Egyptian Moon Series - Book 1 Return: Return by Max W. Miller, published by Ironshield Marketing LLC from NetGalley in exchange for a fair review.

I gave this intriguing book about reincarnation & a young college freshman almost five stars. The characters were well written & the subject interesting. The dialogue was snappy & funny. The loss of one star was because of the steep cliff hanger ending with apparently no Book 2 available. In spite of that, I highly recommend this young adult fiction.

1
review 2015-07-04 13:00
BLOG TOUR/REVIEW: Sleepless by Michael Omer
*I’m posting this as part of the XpressoBookTours Sleepless Blog Tour. I recieved a free ebook copy of this in order to do so.
**This is also posted on Fishing For Books.

At the beginning of her freshman year of high  school, Amy can think of nothing worse than  moving to the boring, suburban town of  Narrowdale. And that’s before she starts having  the same nightmare over and over again, waking up every night to a creepy whistle outside her window and being haunted by a mysterious, menacing presence. Getting used to the new school becomes the least of her problems.

As she delves deeper to uncover the truth, she unknowingly edges closer to mortal danger. Terrible events that took place years ago threaten to happen again, but now Amy’s life is on the balance. Unfortunately, the one guy who is supposed to protect her, nineteen year old Peter, doesn’t believe her.

Some things seem to happen only in Narrowdale, where dark secrets hide beneath the surface…

As she confronts the mysteries of Narrowdale, Amy documents her experiences in her blog. The book contains live links to this blog.

Now for my review!
Format: Ebook

Sleepless is full of bravery, friendship, creepily intelligent  homeless men, weird neighbors, consistent nightmares, darkness, kidnappings, and investigations. It's basically Scooby-Doo, but less cartoonish and childish and more realistic and scary. It's about Amy and how in her new home located in Narrowdale, weird things keep happening. It's about the friends she makes and what they hear or see together. It's about them trying to figure out what Amy's nightmares are about and searching for clues and trying to solve what no one else did. Plus, it's infused with paranormal-like aspects. It's great!

I'll start off with what I don't like, since there's very little.

What I Didn't Like/Had Problems With:

AUTHOR BIO:
My name is Michael Omer, and I’m a writer,  journalist and game designer. I wrote and published  my first novel when I was sixteen, and  figured I’d keep at it. Since then, I have published  two more novels, and wrote… who can even count  how many? I’m happily married to a woman who  keeps pushing me to write more, and have three kids  who insist I should stop writing and come play with  them. I also have two dogs.
Author links:
http://strangerealm.com/
https://www.goodreads.com/author/show/12576598.Michael_Omer
THE TOUR STOPS

“Stingy Crime (Criminal Thriller Book1)” by Kevel Lawrence is an atmospheric crime story set in Wales. A serial killer and a kidnapping are setting things in motion for two unlikely investigators: Teacher Ruth and programmer Chantal. Both have their own issues and make for some colourful and interesting characters.
The writing style is smooth and befits this short read. The author manages to keep the suspense up throughout. The crimes are sinister but I found it is the characters that make this novel so enjoyable. When I reached the last page I had grown fond of Ruth and Chantal and was sad to leave them behind.

I received this book in exchange for a fair and honest review.

Do you believe in reincarnation? How about true soul mates? That is exactly the history between Jordan and Gregory. They couldn't explain the pull they have towards each other and feelings so deep, so fast.

Just like any love story though, things don't go as smooth as they would like. There are powers to be that want to destroy their love. However, Jordan and Gregory are determined to beat the odds and stay together.

This is book 1 in the Remembrance Series. I'm anxious for book 2. I want/need to know what the truth is about the past of Jordan and Gregory.
More posts
Your Dashboard view:
All Reviews Text Photo Quote Video URL Activities
Liked posts Top Tags
Press About Terms of Services Privacy Policy Contact Us Blog FAQ Patronaty medialne BookLikes for Authors Partners panel more...
Team Themes Docs API Blogs
Copyright © 2021 BookLikes