Log in with Facebook
or
Wrong email address or username
Sign up
Already on BookLikes? Log in!
Incorrect verification code
Please, check your email, the code to access your BookLikes blog was sent to you already.
Enter code:
« Back Send
back to top
Search tags: egyptian 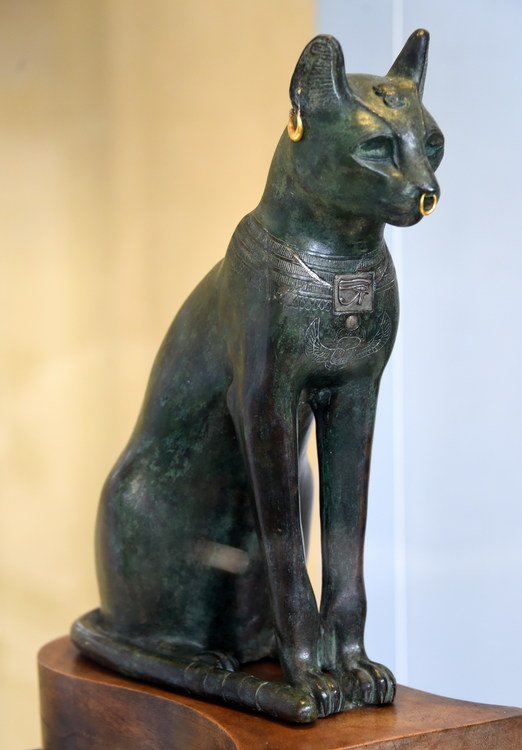 review 2020-03-18 14:53
Let My People Go!: Using Historical Synchronisms to Identify the Pharaoh of the Exodus The debate on if the Bible is historical comes down to one event for proponents on both sides, The Exodus, not only if it happened but when.  Let My People Go!: Using Historical Synchronisms to Identify the Pharaoh of the Exodus by Steven Collins combines what the Biblical text says with the historical record that Egyptologists and other historians have pieced together from numerous ancient sources in search of the man who Moses confronted.

Collins begins by examining the variables of the problem at hand from the actual Biblical account of events as well as the geographic extent of place names used, the propagandic nature of Pharaonic Egypt, and the on-the-ground facts that modern Egyptologists have constructed to get at actual history behind the propaganda.  Using the Biblical account of the events from the time of Joseph to Joshua’s conquest of Canaan, in particular the consequences and impact of the Exodus events on Egypt, Collins looked to see if they matched up with Egyptian and wider Middle Eastern history at anytime to see if the Bible was historically accurate.  Using this “synchronism” method, Collins pinpointed the 18th Dynasty’s rise as an anti-Semitic, due to the foreign Hyksos, empire that reached the Euphrates to it’s suddenly rapid fall internationally with domestic upheaval as seen with Akhenaten to the era that matched most of the points of reference.  Collins then eliminated one-by-one the established candidates of the 18th Dynasty, as well as Ramesses II given popular culture, that Biblical scholars and mainstream Egyptologists put forward as the Pharaoh of the Exodus then showed how the “synchronism” timeline didn’t match the historical timeline.  Collins ends the main body of the text with establishing Thutmose IV, the last Pharaoh of the powerful Thutmosid empire before it’s dramatic decline under his son Amenhotep III and grandson Akhenaten, as fitting perfectly the events of the Bible to go with the historical record.

In roughly 142 pages filled with text as well as tables and charts, Collins puts forward his case for the Pharaoh of the Exodus.  Overall the scholarly portion of this monograph is very good for familiar with the Bible and the general history of the era, yet Collins unfortunately tried to find a middle ground between his main audience of Christians (fundamentalists or otherwise) and general readers that did not work as he explained a tad too much for one and too little for the other.  The short length of the book and its layout between the covers were also problematic.  In lengthening the book to explain certain things like the avenue of mainstream research he was comparing the Biblical events to and the leading Egyptologists behind them, even if those same individuals find the Exodus dubious; the book’s layout was unfortunately a mess considering it had very informative tables and charts, but those items were times with the text explaining them and at others back in the appendixes resulting the use of numerous bookmarks or looking back and forth.

Let My People Go! is an informative look at the Biblical narrative of the Israelite sojourn in Egypt, the Exodus, and the beginning of the Conquest in comparison to the mainstream view of ancient Egyptian and Middle Eastern history.  While Steven Collins brings a lot of knowledge to the subject and does well to bring it across to the reader, his efforts are undercut by length and layout of the book which doesn’t do justice to his argument.

This has been a roller coaster of a time! I never knew how much work it took to get my book in front of people after all the writing was done. I feel so thankful to have gotten this far. Not Even If: You Told Me I Was Chosen is the first book in the series and I am so happy with the way it came out! The series will be updated weekly! I hope everyone enjoys it!

Feel free to read the first book for free: https://bit.ly/2T80nv3