Log in with Facebook
or
Wrong email address or username
Sign up
Already on BookLikes? Log in!
Incorrect verification code
Please, check your email, the code to access your BookLikes blog was sent to you already.
Enter code:
« Back Send
back to top
Search tags: not-my-romeo 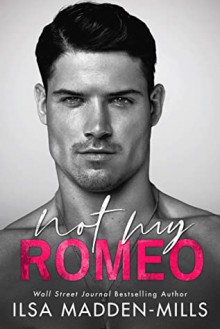 Elena is not sure what to do when meeting her blind date on Valentine's Day.  He is sitting alone in a corner, and he is hotter than she had anticipated.  If she does not go through with it, however, her family will only make her more miserable.

Jack is sick of everyone talking about him.  Life has already been hard up to this point.  Making eyes at a sexy librarian for one dinner won't hurt.  Then when he gets to know her, will he be able to let her go?

This was such a sexy look into such a wasted holiday. I found myself laughing, crying, and unable to put the story down.  Such a sultry atmosphere with the sparks so loud between the main characters I almost didn't hear what they said!  Really good read.  Cannot wait for the next installment of The Game Changers series.  I give this book a 4/5 Kitty's Paws UP!

***This early copy was given by Netgalley and its publishers in exchange for an honest review only. 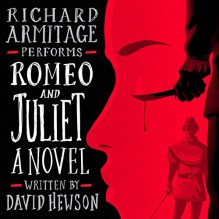 I enjoyed this book. I expected a rehashing of Shakespeare play in novel form. That is not what I got. This is richer and fuller giving not only Romeo and Juliet's story but more background into their families' feud. There is more about Paris here. Juliet is a strong woman. Romeo is more dreamer than realist. Opposites certainly attract here. The parents, especially Juliet's, are more fleshed out. They are typical parents though her father is harsher than expected with an only daughter. Romeo's parents are more like Romeo, more idealistic be and willing to comply with the town leader's orders. The friars are more prominent as is the nurse who is not as flighty as we expect.

The reading by Richard Armitage is excellent. He does all the voices and pulls it off. I especially liked the author's notes at the end, read by the author. He gives a history of the story of Romeo and Juliet beginning with the first recorded version back in the 1400's then through Shakespeare. He also gives some details he used in his story.

This story, though known to us, is worth a listen. It has all and more of the intrigue from Shakespeare's play. 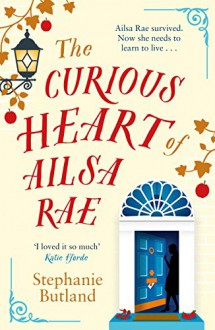 Thanks to NetGalley and to St. Martin’s Griffin for providing me an ARC copy of this book that I freely chose to review.

This is the first book I’ve read by the author and can’t compare it to her previous work, although I’ve noticed reviewers show plenty of love for The Lost for Words Bookshop, and I’m keen to check it out.

The plot of this book is easy to summarise, and the description is quite detailed. Ailsa was born with a congenital heart condition (Hypoplastic left heart syndrome) and has been ill (to a greater or lesser degree) all her life.  Now, when there isn’t much time left, she gets a new heart. The novel follows her journey to learn how to live her new life, which in her case is also akin to a coming of age story. Although she is 28, due to her circumstances she has lived a very sheltered life, always protected by her mother, her aunt, and her friends, and now she has to face lots of challenges.

The author chooses an interesting way of telling the story. The bulk of the story is narrated in the third-person, although exclusively from Ailsa’s point of view, and alternates between the “now” of the story, and what was going on in Ailsa’s life a year ago. Some readers complained about the jumps in timeline. I did not find them too confusing (the timeframe was clearly stated, and it was easy to tell from the content as well), and those chapters did add some perspective on Ailsa’s situation. Because we meet her just before her operation, this device works as a way of letting us know what her life was like before, and also helps us understand some of the difficulties she faces now. I wasn’t sure all of the chapters set in the past added new information or were particularly significant, but they didn’t slow down the pace of the story either.

Apart from the third person narrative, we can also “hear” Ailsa’s narrative in the first-person thanks to her blog. She has a blog where she had been writing about her illness and the difficulties of being on a transplant waiting list, and we get access to some of her posts.  The book also includes her e-mails and text exchanges with some of the other characters. These provide us with a different perspective on the events, even with the caveat that blogposts are written to be published and are not spontaneous pouring of one’s heart (well, most of the time), and we get to hear from other characters as well. This is the third book I’ve read recently featuring a blogger as one of the main characters, so there seems to be a trend. The most curious part of it, in this case, is that Ailsa seems to be otherwise pretty disconnected from some aspects of everyday life (she does not know Seb, the young actor she meets, although he is well-known, and seems oblivious to much of what is shown on UK television, for example). One of the particular characteristics of her blog, though, is that she asks her readers to participate in polls that inform her decisions and the way she lives her life. Although in some cases the decisions are pretty neutral (choosing a name for her new heart, for example), others are more fundamental, and there’s much discussion about that throughout the book.

As for the characters… I liked Ailsa, although I agree with some comments that say she seems much younger than she is. I have mentioned above that the book, at least for me, reads like a coming-of-age-story, and although she’s gone to university and had a boyfriend (and there’s a story of loss and grief there as well), there’s much of normal life that she has not experienced and that explains why there is much growing up she still needs to do. She is childlike at time, stubborn, selfish, she lacks self-confidence, and struggles between her wish to grow up (she insists on sticking to the plan of living independently) and her reluctance to take responsibility for her own life (she is so used to living day to day and not making long-term plans that she uses her blog and the polls as a way to avoid ultimate responsibility). I loved her mother, Hailey, who can be overbearing and overprotective, but she is strong and determined, cares deeply for her daughter and has sacrificed much for her (even if she finds it difficult to let go now),  and I felt their relationship was the strongest point of the novel. I was not so convinced by Seb, her love interest, and their on-off relationship, although it adds another dimension to Ailsa’s experience, seemed too unrealistic. Don’t get me wrong, he is handsome, a successful TV actor, and he is interested in her from the beginning, and yes… it reads like a very young and idealised romantic fantasy, so it might work in that sense, but as a character… What I liked about his part of the story was the acting background and the references to the Edinburgh Fringe. We only know Lennox through Ailsa’s memories and some of the chapters set in the past, and he is the other side of the coin, the one for whom luck run out too soon. This highlights the randomness of events and it makes more poignant the plight of so many people waiting for transplants. The efforts to keep his memory alive and make it count ring true.

The book is set in Edinburgh and I enjoyed the setting (although I’m only a casual visitor) and the references to the weather and the location. There are some local words and expressions used through the novel; although I cannot judge how accurate they are (the author is not Scottish although has done her research). I particularly enjoyed the Tango lessons and the setting of those above a pub.

The writing flows well and although in some ways the book is a light and gentle read (the romance is behind closed doors, and despite the talk of illness and hospitals, the descriptions of symptoms and procedures are not explicit or gore), it deals in serious subjects, like chronic illness, transplants (and it debates the matter of how to increase organ donations by changing it to an opt-out policy and removing the right of relatives to overrule the desires of a loved one), parental abandonment, grief, mother-daughter relationships, side effects of medication, popularity and media coverage of famous people, fat shaming… Although some of these topics are treated in more depth than others, I felt the novel dealt very well with the illness side of things, and it opened up an important debate on organ donations. As I said, I also enjoyed the mother-daughter relationship, and the fact that Ailsa becomes her own woman and grows up. I do love the ending as well.

This is a novel with a likeable main character who has had to live with the knowledge that she might not grow to be an adult, waiting for a miracle (unfortunately the miracle requires somebody else’s death, which deals sensitively in some very important topics, and is set in wonderful Edinburgh. I loved Ailsa’s mother and although some aspects of the novel work better than others, in my opinion, the quality of the writing and the strength of the story makes it well-worth reading. And yes, it is a heart-warming story (forgive the pun)! I’ll definitely be checking out more of the author’s books. 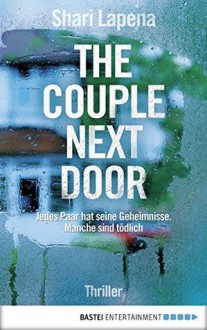 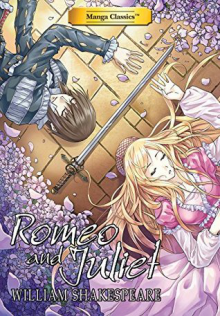 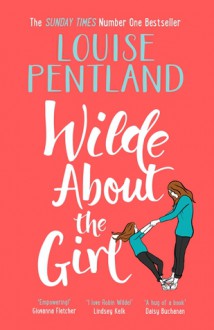 Wilde About The Girl - 5 stars

Favorite book(s) of the month: Wilde About The Girl

Apparently the less books I read, the more time I need to actually post my wrap up. When it comes to reading this year, I just feel off. I love reading, I read all the time, but I don't finish any books and it's driving me up the wall. I mean I'm still one/two books ahead on my reading challenge, so I'm not THAT bad, but it still bothers me a lot.

The artwork is so beautiful, I just hate the story with a burning passion. I thought I could make it, since it's in Manga form but I get terrible flashbacks from highschool and nervous twitching in my eye. So dnf!!!