Log in with Facebook
or
Wrong email address or username
Sign up
Already on BookLikes? Log in!
Incorrect verification code
Please, check your email, the code to access your BookLikes blog was sent to you already.
Enter code:
« Back Send
back to top
Search tags: spiritual-not-religious

Dare you not to Pick Up the Fight

alchemy of soul and consciousness

“Yes, I could have picked up the fight this morning.” Answered my engineer Phd friend (has developed clear defined Ratio within a Yang basedmind) who is also a soul-relationship, we laughed and cried together during the last 25 years, so I can assume truthfulness of his expressed thoughts and feelings, in his 50s married with 2 kids with a young child with disability. Being familiar with my Alchemy of Soul, Love and Humanity project, he was curious of how do I attempt to apply my Yin / Yang positive and negative influences theory within the day-to-day life.

"Strange you say it, but I did have a fight with my boyfriend last night and we had no particular reason for it.. What is it the Full Moon?" Said another neigbour. 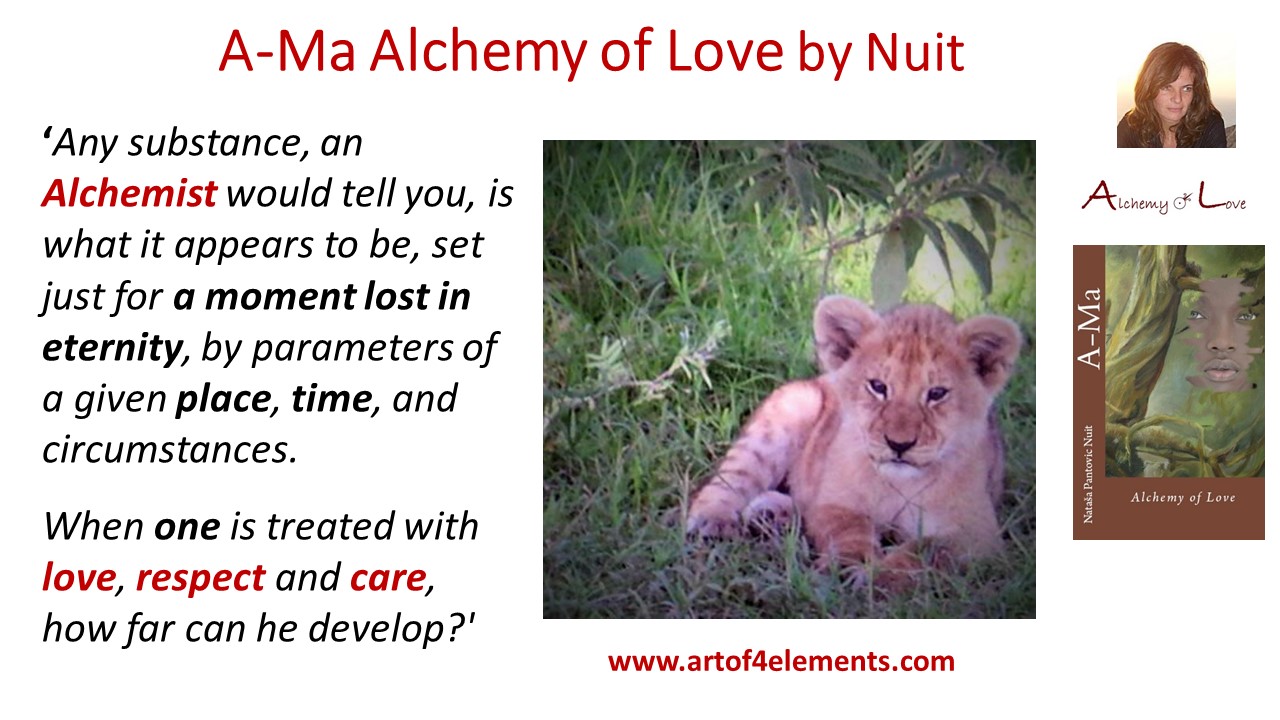 some of the AoL books free this Sunday 27th May. Do check - https://www.amazon.com/Nataša-Nuit-Pantović/e/B00TUA1528

Discover Alchemy through Poetry and do let us know what you think! We would love to read your thoughts and inspirations in a review...