Log in with Facebook
or
Wrong email address or username
Sign up
Already on BookLikes? Log in!
Incorrect verification code
Please, check your email, the code to access your BookLikes blog was sent to you already.
Enter code:
« Back Send
back to top
Search tags: 2019-reading 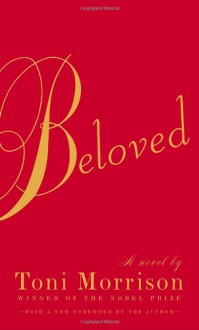 It's making me cry at the oddests things.

Like, there is the brutality (mostly inferred, none explicit so far), and the tragedy, and the whole landscape itself. And, OK, I'm not unmoved, but mostly wincing in horror more that tearing up.

And then there is that "mass" at the clearing, and a page about being able to love, and suddenly I'm sobbing like mad because...

Well, maybe it's not so odd. Because this book is functioning by negative space. What's there shows you what's absent very powerfully. And what's absent is a void that sucks attention to itself, and demands to be acknowledged, and holy molly, this is turning into me writing the review...

This is a heavy weight puncher. 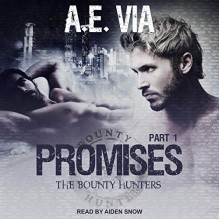 but this time it’s not the God and Day’s world that we’re visiting. This time we get to see more of the Bounty Hunters. We first met Judge back in “Nothing Special #4: Don’t Judge” and we’ll see him a bit here as well but he’s not the focus of this story, he’s had his day in court so to speak.

However, those who read that book may also remember Duke, the owner of the bail bond company that Judge works for and Judge’s occasional no strings attached lover. Having said all that, you now basically know the connection between ‘Nothing Special’ and this series or at least this book. So, you don’t have to read the previous series but there’s some good stuff there so you might want to consider it.

For those who enjoyed Ms Via’s series ‘Nothing Special’ on audio if you enjoyed the narrator as much as I did than you’re in for the added treat of once again being able to enjoy the narrations of Aiden Snow. I was more than a little happy to know that Aiden Snow was the narrator for this first book of the series and I admit my fingers are crossed that he’ll be continuing with the rest of this series as well.

Just to be clear Duke is one of the MCs in this first book of the series ‘Promises, The Bounty Hunters’ and his love interest is none other than Vaughan Webb, classic gentleman with an old soul who’s just returned after 7 years from studying abroad with a newly printed law degree in hand as part of his plan to prove himself worthy of the man he loves…that’s right he’s set his sights on none other than Duke Morgan…his daddy’s best friend and if you didn’t see that coming than all I can say is you should have read the blurb.

While Duke and Vaughn’s story is essentially contained within this book, I’m sure we haven’t seen the last of them either. I wasn’t sure how this was going to work for me because of not just the age difference but the fact that Duke is best friends and business partners with Vaughn’s father. Surprisingly I ended up being ok with it and I think that due for the most part to the dynamics between the two men. This really wasn’t a case of ‘daddy complex’ if anything Vaughn was the aggressor in this pairing.

Vaughn's been in love with Duke for years, it was part of his motivation to travel and study abroad for his law degree. He wanted to put some time and distance between himself and Duke so that when he was done what he needed to do it would help Duke to see him not as a ‘boy’ but as a man who’s been out in the world making his way and experiencing life…Vaughn’s a man with a plan and the determination to make it happen. Vaughn’s 27 when he returns to his hometown ready to claim the man he wants. So while Duke’s a fair bit older than him that still doesn’t make Vaughn any less of a mature adult. I loved that this story never felt like there was an imbalance of power between these two MCs and believe the opportunity for this to happen was there on more than one occasion.

As I mentioned earlier, we first met Duke back in ‘Don’t Judge’ book #4 of the ‘Nothing Special’ series. What we see in this story is that Duke was far more hurt by what happened between him and Judge but even he conceded that he wasn’t the right person for Judge, but more importantly he also comes to realize that Judge wasn’t the right person for him and that his happiness is waiting in someone else’s arms.

Despite the fact that events seem to be conspiring against these two men Vaughn’s determination to have the man of his dreams will not be easily dashed and he is determined to succeed whatever the cost and the cost is, to say the least surprising but Vaughn’s up to the challenge.

Vaughn and Duke’s story may have had some over the top moments but at the end of it all, it was a sweet and enjoyable romance that I really enjoyed.

However, there was more than just Vaughn and Duke to this story. This is also the beginning of another story. One that’s about Vaughn’s father, Roman ‘Quick’ Webb and a certain adorable doctor that I really liked and to be honest I’ve got my fingers crossed that Quick has to do some serious grovelling on this one. When it comes to being a dad and a best friend Quick’s got it nailed. He was awesome to bad when it comes to just being a decent human being, he has moments filled with ‘fail’. I admit it I vacillated back and forth with him because one minute he had me gushing and sighing with how much I liked him and the next minute I was thinking someone needed to punch him in the junk…that’s right in the junk!!! He was that much of a jerk. So needless to say  I need this story because in my heart of hearts I don’t believe he’s as mean of a person as he was but I’m really curious to know what would make someone so nice act like such a jerk…what can I say inquiring minds want to know.

An audio book of “Promises Part 1” was graciously provided by the author in exchange for an honest review. 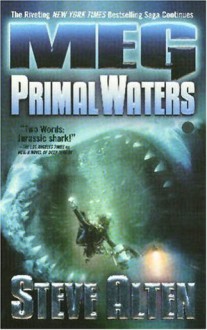