Log in with Facebook
or
Wrong email address or username
Sign up
Already on BookLikes? Log in!
Incorrect verification code
Please, check your email, the code to access your BookLikes blog was sent to you already.
Enter code:
« Back Send
back to top
Search tags: young-love 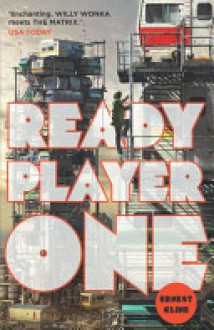 I FINALLY read Ready Player One by Ernest Cline, y'all. I absolutely loved the film adaptation of it and while I also enjoyed the book (hold on to your seats, folks) I preferred the movie version. While the book was able to go into more details in terms of world building and the puzzle solving aspect of the plot I enjoyed the storyline of the movie more. [A/N: I don’t want to give the impression that I didn’t enjoy this reading experience because I definitely did but the film just has an extra oomph.] Additionally, the book's version of Halliday seemed cruel and cold whereas Morrow was a lot of fun (and mostly absent from the film's version). The hero of this dystopian novel, Wade Watts, is living in a world that has become entirely taken over by The Oasis which is a virtual reality environment where anyone can be anyone. The majority of the human race has been crammed into tiny communities that are stacked one on top of the other but their consolation is getting to live their dreams online. Even school is conducted in virtual schools! The creator of this world, James Halliday, passed from this mortal coil but left behind a grand prize (ownership of The Oasis) for anyone who manages to solve his puzzles and find the 3 hidden keys buried within The Oasis.

This is a boy's quest to pull himself from his dire circumstances while learning that he's got the 'right stuff'. (Did I mention this book is chock full of 80's references? I definitely downloaded some Rush albums after I finished reading it.) All in all, a really fun book. 9/10

What's Up Next: A Discovery of Witches by Deborah Harkness It’s amazing to me that the same author that wrote The Giver wrote the book I'm reviewing today because they couldn’t be more different. The Birthday Ball by Lois Lowry is a nontraditional fairytale about a princess who’d rather live among the people than follow any ridiculous royal decrees. (Roman Holiday, anyone?) Now that she’s turning 16 years old, Princess Patricia Priscilla's expected to marry one of the three suitors who are courting for her hand. Each man is more ghastly than the last. A lot of time is spent describing these hateful men (and the illustrations by Jules Feiffer really drive it home how disgusting and despicable her choices truly are. As in much of middle grade fiction, her parents are blind to her discomfort and unhappiness as they are caught up in their own lives and interests. (Dad is obsessed with butterflies and Mom is preoccupied with her wardrobe and appearance.) So neither takes any notice of her switching places with her maid and escaping out into the village to go to the local school. Dark humor coupled with the somewhat realistic portrayal of what it's like to be a village peasant plus the fantastic illustrations make this a quick, fun read. 7/10

What's Up Next: The Melancholy Death of Oyster Boy & Other Stories by Tim Burton

What I'm Currently Reading: The Invited by Jennifer McMahon 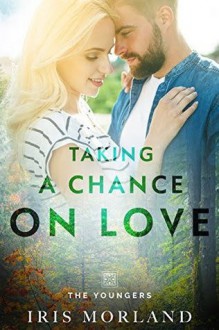 To look through the eyes of love, one has to listen with their heart. Iris Morland is a reminder that not everything is logical especially when it comes to feelings. Sometimes we have to shut off our brain and let our emotions guide us. Taking a Chance on Love is based on hope, but rooted in faith. Thea and Anthony are in for a surprise when it comes to the language of the heart. They may not know it, but the best is yet to come. I am in awe. 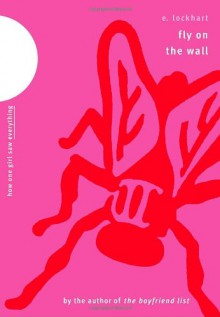 One of the drawbacks of reading so many books is that I have extremely high standards since I've read some truly excellent pieces of literature...and also some major duds. I say all of this because I read We Were Liars by E. Lockhart 2 years ago and so I know she has the capability to write amazing young adult fiction. I chose Fly on the Wall specifically because the review that I heard on BookTube led me to believe that it was a retelling of Franz Kafka's The Metamorphosis and because I had enjoyed Lockhart's previous book. What I didn't expect was for it to be chock full of really explicit sexual content. Why on earth did she have to describe penises in such revealing detail? And why did she keep referring to them as gherkins?! (And if I ever hear someone call them that or  refer to breasts as biscuits I'm going to slap them across the face.) The main character and the person who we view the story from is named Gretchen Yee and she is the prototypical teenage girl filled with angst. She attends a high school that focuses on the arts and her specialty is drawing comic book style characters (hence the cover imagery). Her obsession with a boy in her school leads her to make a foolhardy wish to be a fly on the wall of the boys locker room so that she can find out how he really thinks about her. (And this is where she begins to ogle the boys as they undress for gym class.)  I guess the story is supposed to be a character study or a revelation that what we think we know about people can be turned on its head if we see them at their most vulnerable. However, for me it was a letdown and vaguely nauseating. This was a 0/10 for me and I'll have to give serious thought to reading anything else from this author in the future.

PS There were also a lot of plot holes in the storyline and the ending truly fell flat.

What's Up Next: The Murderer's Ape by Jakob Wegelius

What I'm Currently Reading: The Intuitionist by Colson Whitehead 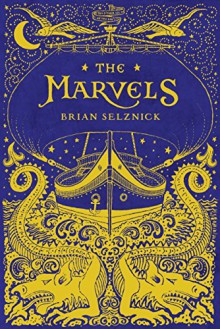 The Marvels is his newest work and combines two stories into one. The first half is told entirely through pictures and is incredibly moving and beautiful. If I didn't convey this before, I find Selznick's art highly compelling and capable of telling a story without words being necessary. That didn't stop me from loving the second half of the book which is told from a different perspective and through text alone. The ending is a delightful mixture of the two which makes total sense with the narrative. It's difficult to explain this one without giving anything away but I'll give it my best shot. There's a boy who runs away, a sad man living in a house which has its own lively spirit, a girl chasing a dog, and the pangs of first love. Selznick touches on topics such as abandonment, homosexuality, AIDS, death, and ultimately coming into one's own. It's all about the choices that we make and the people that we want to become. It's phenomenal and maybe my favorite of the lot. 10/10