Log in with Facebook
or
Wrong email address or username
Sign up
Already on BookLikes? Log in!
Incorrect verification code
Please, check your email, the code to access your BookLikes blog was sent to you already.
Enter code:
« Back Send
back to top
Search tags: Distraction Read would give you delight—at least most of the time—and do so without shame. And even if you are that rare sort of person who is delighted chiefly by what some people call Great Books, don't make them your study intellectual diet, any more than eat at the most elegant of restaurants every day. It would be too much. Great books are great in part because of what they ask of their readers: they are not readily encountered, easily accessed. The poet W. H. Auden once wrote, "When one thinks of the attention that a great poem demands, there's something frivolous about the notion of spending every day with one. Masterpieces should be kept for High Holidays of the Spirit"—for our own personal Christmases and Easters, not for any old Wednesday.

I picked this up as my first book of the year as a way to refresh the mind, come into the year with a reminder of what kind of reader I want to be. As I write this, I'm deliberately not looking at what I wrote last time I read this, but you may find it interesting. Maybe not. I don't know if I'll end up repeating myself.

I remember this book being as close to a mission statement for my approach to reading as you could hope for—particularly because I came to it late in life. It's not like this is a book I read in college and it shaped me/my thinking, but it's something that I came to a couple of years ago and it was as if a more erudite and thoughtful version of myself had written it.

The beginning of the book is the heart of it, he sets forth his central theses, core argument:

Reading shouldn't be about self-improvement (primarily), it isn't the mental equivalent of eating Brussels Sprouts. It should be for pleasure. And to maximize that, Jacobs will argue—read at whim.

Following that, Jacobs talks about many aspects of reading for pleasure—note-taking, thinking about what we read, focus (and how to expand it), the role of ereaders (he's surprisingly pro-ereader), fighting distractions, evaluating what we read and more.

I was particularly struck this time through by his section on re-reading. For growing in appreciation for, or understanding of a work. Or because you enjoy escaping into a well-known and beloved world for a period.

Jacobs frequently quotes Auden, at one point he cites Auden's five ratings for a book—I think we should maybe replace the standard 5-Star system with this:

Most of all, this is a celebration of/appreciation of reading. Jacobs is a kindred spirit to us readers as well as a humanities professor. Reading is both a passion and a profession—and both (particularly the former) are clearly seen in these pages.

Our goal as adults is not to love all books alike, or as few as possible, but rather to love as widely and as well as our limited selves will allow. Count on Burke to break a heart as only she can. Just when you think the pain is too much, she gives a reason to smile again. Embittered by love, Felix and Sarah are about to discover that no one is immune to it's power. Although not as passionate as some of the previous books in the series, The Duke of Distraction proves it can definitely hold it's own. Sarah and Felix have a romance that was years in the making and their hearts have decided to finally take flight. Can they friendship survive the obstacles that stand in the way? This couple will get under the skin before they steal your heart. What started as slow is destined to leave a lasting impression.

Trigger Warning: Animal death, though no photos of a dead animal, just my last photo of her alive. Long blog, but I promise there is book related content as well.

My hamster Mogget was put on death watch a few days ago. We had to move her to a smaller enclousure, because old age was making it hard for her to get around. Well on the 4th, in the morning, she became unable to move and fell into a deep sleep, her breaths slowed down and right before the end, she opened her eyes one last time and I feel like she looked at me to say goodbye. I'm not sure if she was aware of anything, but it is comforting to believe she realized she wasn't alone and was able to go without being scared. [In a deep sleep and I hope she felt comfortable]

Patrick (my husband) helped me bury her in a spot I like outside. She is in a place where I can imagine fairies or something else magical lives. Whether you believe that, it is a nice thought, regardless. We buried her between the tree with the vine and the rock covered in moss.

After that, to get my mind off things, Patrick helped me get rid of a bunch of stuff we've been procrastinating donating/tossing. (By help, I mean he did it all and I supervised hehe) [Photo was taken a while ago. Might be hard to tell, but the tree in the middle that has vines. She is now in front of that, behind the rock.]

As you can imagine, I was really upset all day (still am) and just wanted to distract myself, play with our other furry butts, clean...etc. In the photo, we're trying to go through DVDs and our cat Apollo just wants to play in the tote. [I think she wants to have a Buffy or Farscape marathon!]

My husband is really sweet; he took me to Barnes & Noble as more disctraction so I could get 2 books I really wanted. They were having another buy 2 get 1 free sale, but that man was there again and I had a panic/anxiety episode and refused to check out with him. (See previous blog about the man who was rude to me there last time.)

Patrick offered to do it alone, but I did not want to deal with the buy 2 get 1 fiasco all over again with the same rude cashier. (They didn’t have signs up again!) Right in the store, I went online and bought 3 books for my Kindle, through Amazon (of course) and paid less than what I would have with the buy 2 get 1 sale. (Actually spent only 3$ more what 1 book would have cost.)

Ugh! I love those books I wanted so much (despite not reading them yet lol) and I love Kindle books, but I really wanted the physical books to add to my physical collection of the books I already had by the same author. All is well. I will look out for the physical copies one day online (used & lower priced than what B&N was charging.)

B&N pretty much lost a customer while that guy is working the register.

The books I got is from the Your Name (Kimi no Na wa) series by Makoto Shinkai. 2 light novels, 1 manga. Japan calls books based on anime or manga “Light novels.”

It is the 2nd largest grossing domestic film in Japan (That is all movies, not just anime!) and the fourth-largest ever, behind Titanic and Frozen. 11th grossing non-English film in the USA. (At the time of writing this.) Rotten Tomatoes gave it a 97% & 4.6/5 rating. IMDB.com is at 8.4/10.

That should tell you how much this movie & books impacted people. Listen up, folks! Anime, cartoons, and animated films, comics, graphic novels, manga and all that are not just for children! I’m playing this up because I want you to watch the movie and then read the manga, then the novels! Go do it!

Digital:
The Your Name Movie (On Vudu.com. But I want the Limited Edition Bluray that comes packaged in a holographic art box, comes with a hardcover art book, 2 soundtracks (English & Japanese ver.) and is just stunning, but it is so pricey!!) [This is what you get in the limited edition! I know I can buy the soundtracks alone probably, but I really want that art book!]

Your Name light novel on Kindle (It is supposed to follow the anime/manga pretty closely, but with added background info...etc. Your Name: Another Side: Earthbound light novel on Kindle (Based on characters from the anime/manga and some of their side stories...etc.) Your Name: Another Side: Earthbound manga on Kindle (The manga of the above.) (Do me a favor, give your animals (if you have any) a great big cuddle if they will let you.) This is book #2, in the Doms Of The Covenant series.  This book can be read as a standalone novel.  To avoid spoilers, and to gain a better understanding of the series, I recommend reading this sexy series in order.

Charlotte has known Michael for a while now.  She has suddenly noticed things about his behavior that make her think they are compatible.  If she gives things a chance, will he let her show him a whole new world?

Mike has known about the community for some time.  His brother and his friends seem to be happy to be a pat of it.  It just has never interested him until Charlotte has given him a reason to check it out.

This sexy addition to the series was such a joy to read.  I found myself rooting right away for this couple.  The pace moves nice and steady.  There is even many of our favorite characters inside.  I give this story a 4/5 Kitty's Paws UP! 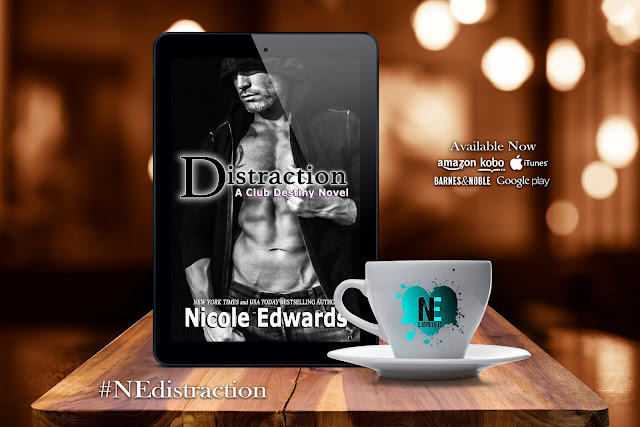 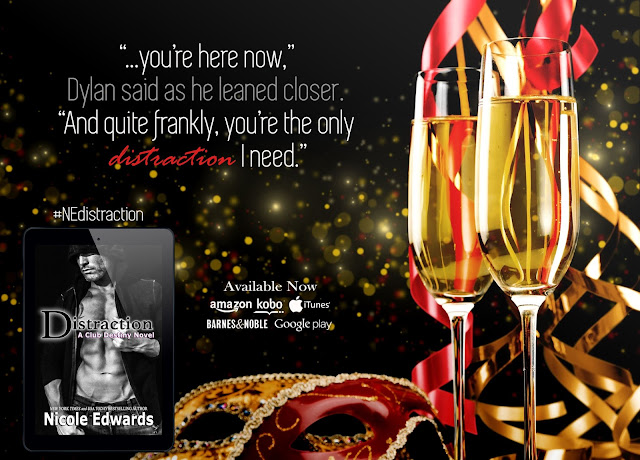 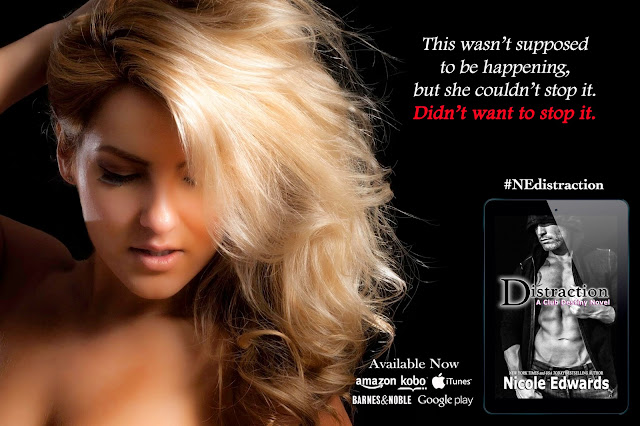 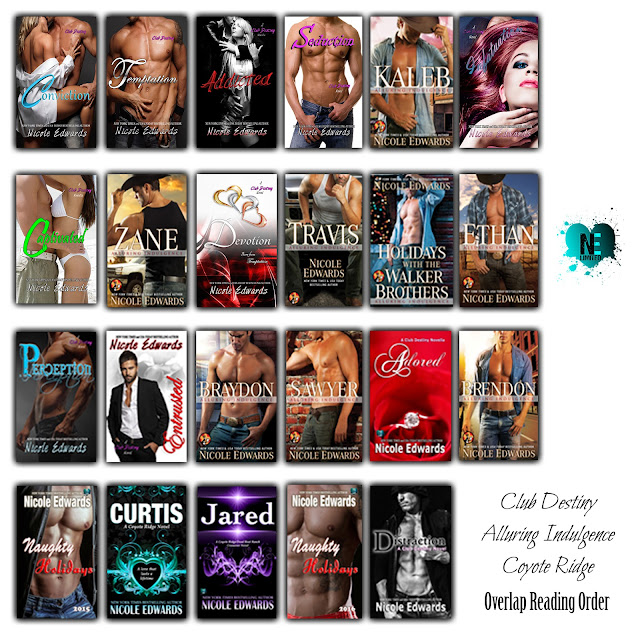 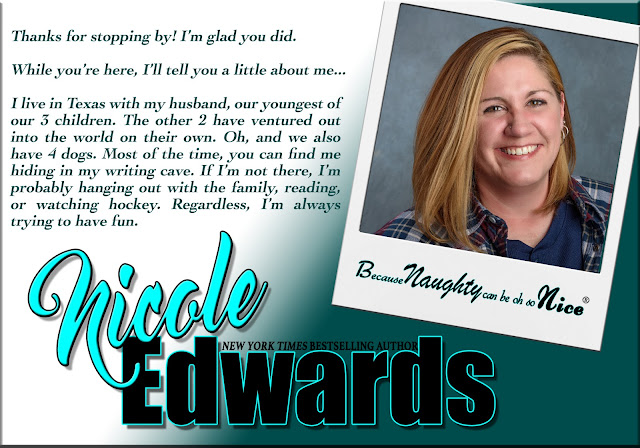 Join Nicole on Facebook for a chance at some awesome prizes! 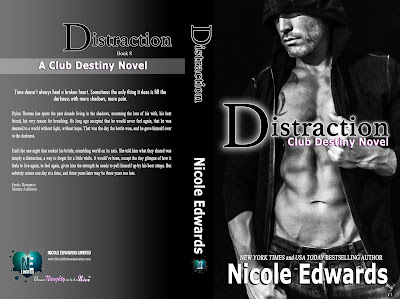