Log in with Facebook
or
Wrong email address or username
Sign up
Already on BookLikes? Log in!
Incorrect verification code
Please, check your email, the code to access your BookLikes blog was sent to you already.
Enter code:
« Back Send
back to top
Search tags: Atheism 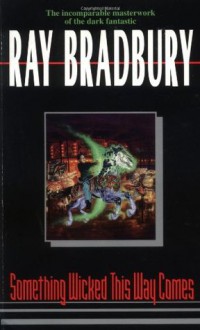 This is such a good book I want to be a better writer to do it justice in my review. Waiting longer for inspiration is just not on though: my memory will let the details blur and the experience fade.

Setterfield is a writer who's greatest flaw is not being prolific. Actually, that may be the only flaw. She has once again crafted a work of fiction that has a convincing Victorian setting with a modern sensibility directing the reader's attention to characters and incidents that a true Victorian wouldn't, but logic suggests that they are all valid. She manages to tell quite a few stories and examples of the craft of storytelling within a greater story of amazing events. While many writers succeed at making a house a character within their fiction, Setterfield has made part of the Thames a character, nor was she stinting in permitting this character moods. Okay, on the winter solstice the usual group are sitting around drinking in the Swan, an inn distinguished by the storytelling within. The door opens, a man, his face a bloody mess staggers in clutching a large doll in his hands.

Over the course of one year we watch the repercussions of that moment: how it affects characters major and minor and also, this is the tricksy bit, we watch how those events become stories. Yes, many stories dependent on point of view, and skill, stories becoming more stories as that one event is observed (or not), in light of new events, and then, still later developments. The metaphor is well served: there is an attempt to trace the roots of the story back to the beginning, which you can't do any more than you can trace a river back, fractally there are always more branches feeding in.

There is so much: there are clever half-starved orphans, prosperous farmers, the family of innkeepers, the town midwife, the minister, servants and animals, wealthy distillery owners, thieves and blackguards, despite the extensive cast one never feels that the author is coasting by with stereotypes or with every character having the same voice. There is plot and pathos enough for Dickens, and despite the 21st century sensibility there's none of that business of giving a character clearly modern ideas.

There is, of course, a supernatural element as well as a few mysteries, dreadful crimes and moments of grace. Everything is here, told my a humanist in the Pratchett vein, but without the jokes and footnotes. It is a lovely, suspenseful book that I couldn't bear to put down in order to post updates. Read it soon: give it to yourself or someone you really like as a gift for one of the several solstice-adjacent holidays. Just the thing for long winter nights by the fire. Moriarty reminds me of Binchy and Pilcher and Susan Isaacs. It's got some drama, but there's more humor: the wry voice chuckling over family foibles, meals, affairs, pregnancy, all over bottles of wine and good meals, and upper middle class luxury. Like Austen, there's a recognition that one person's drama is a spectator's comedy, a theme reinforced with interstitial vignettes as told by a spectator to some important moment.

I love a book that reminds me we all screw up, and we aren't bad people because we do. It's an alternate history in which a genocide doesn't happen.

It's about a utopian society that isn't so cleverly set up as to avoid all problems, but in which people work to find different, practical, solutions.

It's steampunk that feels utterly plausible.

It's a book that acknowledges the tremendous breadth and depth of people and cultures throughout Africa, although it focuses on one nation.

It is a marvelous accomplishment in every sense of the word, and I'm sure it's going to be one of my top reads for the year, and probably every other reader's list, because it is a book that makes you go "ohhh" and "ahhh", that constantly delights and surprises, even though it is addressing many of the darkest aspects of colonialism.

It's a book that reminded me of how new and appealing are the many voices in scifi these days, and actually makes me feel optimistic about humanity.

Sweet, fancy Moses, it's just a great, sweeping Victorian "ills of society" novel, such as those of Charles Dickens, but with a light touch. It's just perfect.

Now goo, read it right away, unless you're devoting October to horror, in which case, okay, but then you have to start it on November first.

ARC provided by publisher via GoodReads