Log in with Facebook
or
Wrong email address or username
Sign up
Already on BookLikes? Log in!
Incorrect verification code
Please, check your email, the code to access your BookLikes blog was sent to you already.
Enter code:
« Back Send
back to top
Search tags: Trudi-Canavan 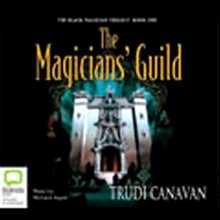 Well, the third week really hit my bingo experience out of the ballpark this year -- and not only because it finished with my first completed bingo; that was actually just the icing on the cake.  But it included no less than three absolutely knock-out fabulous books, plus a fourth that was almost as good -- and the remaining three, though not quite reaching this level, were at least mostly enjoyable, all in their own particular way.  So without any further ado: Based on everything I'd previously heard about this book, it took me quite a while to get up my nerve to read it, because I knew I'd be in for a fairly merciless game of psychological hares and foxes -- which however, of course, meant that it would be a natural choice for the "Psych" bingo square.

Sofi Oksanen's The Purge contrasts the early 1990s' post-Soviet Union independent Estonia with that of the WWII and post-WWII era which had led to the country's being swallowed up by the Soviet Union.  The setting in which this happens is the isolated farm where one of the novel's protagonists, has been living almost all her life, and where at the beginning of the book the other protagonist -- a young woman who is obviously on the run -- suddenly appears, seeking refuge.  Although the two women have never seen each other in their entire lives (and the young refugee for all practical purposes is Russian rather than Estonian), it soon becomes clear that it is by no means an accident for her to show up in this place and none other.  What follows is a dance macabre style exploration of death, guilt, betrayal, running away from versus accepting responsibility for one's own actions, and one (or two?) families' entanglement with Estonia's and the Soviet Union's brutal social and political order in the second half of the 20th century.  This is an uncomfortable read, but it perfectly encapsulates the mental, psychological, political and social purge that every society will embark on both upon slipping into and upon freeing itself from a dictatorial system; and particularly in today's political climate it comes highly recommended. And talking about books that ought to be read, today more than ever, this turned out to be yet another one, right on the heels of Oksanen's.  The eighth Discworld novel and the first book of the Night Watch subseries -- but first and foremost, an exploration of just how a political system can fail and slip into dictatorships right before everybody's eyes. Whatever it was that motivated Pratchett to write this book exactly 30 years ago, in the waning days of the Cold War, it is eerily prescient and feels as if it were written this or last year; so exactly does it foretell recent events (particularly in the UK and the U.S., but by far not merely there).  There is, of course, also plenty of Pratchett's trademark pith and humor, and plenty of lines that, at least in the first part of the book, will make you laugh out loud; but in the second half, more often than not your laughter is going to get stuck right in your throat.

Oh, and in case anyone is wondering about my bingo square attribution, it features dragons.  Plural -- but one in particular. Allingham's first mystery, and it clearly shows off her talent as a writer from the start.  As in the first Albert Campion book (The Crime at Black Dudley) and several of the subsequent Campion mysteries, there's an international "detour" -- here: literally so -- that is not in any way, shape and form necessary to the plot and that I could therefore have done without, and it's no particular surprise that Allingham later chose a somewhat more flamboyant hero for the series she would come to write.  But for an afternoon's (or in my case, morning's) worth of entertainment this works very nicely indeed. The first book of Canavan's Black Magician trilogy and, while it started out enjoyable enough, another book that ultimately failed to live up to my expectations.  (It's by no means awful, but it also didn't entice me to continue with the series, however much the ending may have be trying to do just that.)
The book concerns a teenage girl from the slums who in the course of an anti-magician rally with fatal consequences -- though not for herself -- accidentally discovers that (drumroll ...) she has magical powers herself and is henceforth sought out by the Magicians' Guild who (1) want to make her one of their own and (2) even if she should refuse that rather unexpeted honor -- all things magical ordinarily being perceived as something restricted to the country's ruling families -- have decided that in her own interest as well as for the common good, a clamp must be put on her magical abilities, which indeed quickly turn out to be destructive and beyond her own control (a control she can only be taught by a fully-trained magician).  The first part of the book, which essentially concerns the hide and seek game involving the magicians' hunt for the protagonist, is sprightly enough -- though even there the book is displaying its first unnecessary lengths --, but the second part, instead of kicking things into a higher gear, is riddled with lengthy and largely unnecessary exposition, and from the book's mid-point onwards the plot is entirely predictable.  The world-building, too, is only so-so: hardly original -- and it doesn't become anymore so just by giving fancy names to ordinary everyday creatures such as farm animals, crops, or certain types of city buildings such as boarding houses, taverns and brothels --, and I am seriously sick of fantasy novels that believe they're doing something clever by slightly altering the spelling and pronunciation of ordinary everyday names.  (The heroine's first name is Sonea -- pronounced Son-EE-a --; one of the magicians is called Dannyl (pronounced DANNyl.)
In summary, I miight have enjoyed this a good deal more if (1) it had been only about half (or at most, 2 /3) of its actual length and (2) the second half of the book had lived up to the promise of the first half, instead of delving into banal predictability. Joy Ellis: The Guilty Ones

Aaah, but what a joy to move from the week's last so-so book to another absolute stunner!  I had every faith this was going to be the case, and Ellis delivers in spades -- in a mystery that this time comes calling so close to DI Jackman's home that in reality he would probably have had to recuse himself from the investigation.  (Obviously we can't have such a thing in a mystery, but to give Ellis her due, at least she doesn't duck the issue; and by and large she handles it more successfully here than a similar -- albeit slightly less weighty -- situation in an earlier book.)  I know that at least one other bingo participant is still looking to read this book, so I won't say a word about the plot -- and I only mentioned Jackman's personal involvement because this is essentially the setup of the entire thing and we're being told about it right from the start -- but what I will say is that this book came very, very close to competing with Their Lost Daughters for the spot of my favorite installment in the entire series; and just when I thought I had figured it all out, Ellis kicked things onto a whole new level.  Brava! ... and finally: The book that accompanied me throughout the week, bit by bit, in both audio and the print version.  And oh, what a writer the world lost when Toni Morrison died.  This wasn't my first book by her, but it brought home her extraordinary qualities as a writer all over again: There isn't a word wasted here; Morrison even makes every single sillable stand up and be counted, and each and every one of them comes from a place deep inside her and reaches out right to the reader.  The narration is not linear; every fact unveiled simultaneously shrouds two more in allusion and "rememory" too painful to be allowed to come to the surface; and both this and the changing viewpoints make for a canvas that requires time, patience, and the reader's full attention to pull it out from its multiple layers of protection -- and the complete picture, when it is finally out in the open, is one crying out with unbearable heartbreak.
Much as I enjoyed listening to Toni Morrison's narration as a companion experience to the book, I would join those who counsel against relying on the audiobook alone if this is your first experience with the book: Morrison's vocal performance essentially does the same as her writing, coaxing forth and simultaneously shushing bits and pieces of the story as they come up in the text, so it adds yet another layer of complexity to a book that, based on its story alone, already calls on the full engagement of the reader's senses and awareness.
Whichever way you choose to experience this book, though -- if you only read one book by Toni Morrison, by all means let it be this one.  She deserved the Nobel Prize in Literature for Beloved alone.

... as of today; with my "virgin" card below for reference: