Log in with Facebook
or
Wrong email address or username
Sign up
Already on BookLikes? Log in!
Incorrect verification code
Please, check your email, the code to access your BookLikes blog was sent to you already.
Enter code:
« Back Send
back to top
Search tags: the-hotter-the-better 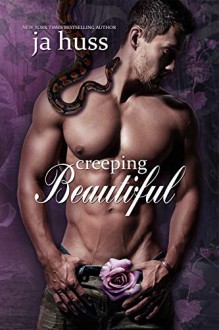 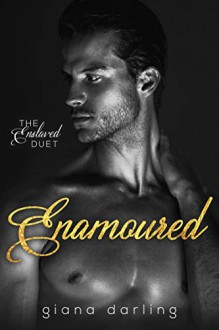 Wow ! Just Wow! Where to start ? I was on pins and needles the entire time reading this story. Omg ! was this story really good it kept me on edge the entire time I was reading it.The subject matter was dark and intense and the plot engaging and suspenseful and full of twists and turns and emotional pain and was this story and emotional one.I don't know what to say other than that this story drew you right in from the very beginning and kept you there to the very bitter end.This story definitely one that touched on the readers emotions as you felt the pain of these two main characters and their struggles.

Cosima was a character who was beautiful and loving and strong and determined and lost and trying to find her a path in a new life that she created for herself but, one thing she has never been able to conquer is her feelings for her master/husband Alexander and it is only something he can provide for her and her happiness depends on it.

Alexander was one dark and dangerous man but, he was also smart and cunning and Cosmia is the only person who has ever made him feel anything close to being human and he will do everything and anything to protect her and own her body and soul to the bitter end. If I am being honest this man scared that crap out of me.

Overall we loved the story from being to end.The story had amazing characters and there was never a dull moment.The story was very dark and intense and not one for the faint of heart and one for only the open minded because it is very dark and the bdsm to the extreme that is full of pleasure and pain and only one a master and slave will ever understand the depths of emotions and pleasures this kind of relationship brings but, it is one that both parties need to embrace the dark in order to be happy. Cosmia life will be always be controlled by Alexander and his dominate nature and as she is carving out a new life for herself through sheer work determination she needs to make a choice to place herself fully in the hands of the dark and dangerous lord because once she does she will be forever owned and nothing but death with ever separate them again.....

One Enthralling read and Miss Darling is a master storyteller for sure and we have thoroughly enjoyed everything we and read from her so far and this story yet, again an was and amazing read for us ! 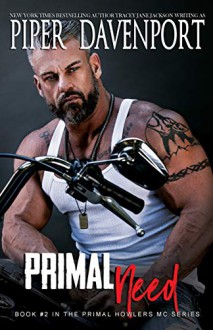 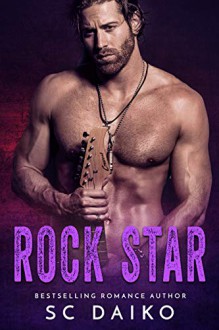 This was a cute story that had great characters they were the kind that were easy to love right from the very beginning of the story.
I found Axel to be sincere in the way he was changing being involved with Phoenix she was making him a better man.We saw a different side of him when he was with her than the public or his band mates saw but, love and friendship alone are not enough to keep the demons at bay and  he may truly lose all that he has truly found.
Phoenix was one of those characters that was just so sweet and innocent and had a lot on her plate but, when the opportunity knocks she peruses her dreams.We loved the chemistry she had with Axel it was the sweet kind not the explosive kind but, no matter where they were together there were always sparks in the air.
Overall it was a cute story one filled with sadness and addictions and secret romances.We absolutely loved the characters in this one as they were fun and engaging and all sexy as sin.We also loved the sweet friendship that developed between Axel and Phoenix before they fell in love as I got the impression that they were both a little bit lonely and that was one of the reasons that they were so drawn to one another in the first place.
"This one was a hit with us !"
contemporary romance Adventure Contemporary Chemistry arc sexy Reviewed sensual 5-stars holy hotness contemporary-romance new-author 2019 read 2019 read-books-over-a-lifetime hot-sex hot-and-heavy new-beginnings new-favorite-authors requested-reads-to-review the hotter the better books read for 2019
Like Reblog Comment
show activity (+) 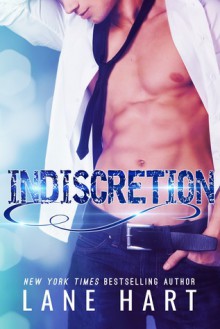 Let's start off by saying that I am really glad that I found this author as her books are incredible and her MC Romance series was simply brilliant and she has definitely climbed to the top of my favorite authors list for 2019.What I love most about this author is she makes it easy for us to fall in love with her characters easily and I did just that almost right from the very beginning of reading this story.

I always pick a favorite character to rave about and mine is going to be Grant. OMG! Not only was the man smokin hot but,he was a charmer as well and his voice alone with his sensual dirty talk and heated looks were enough to make a girl panties wet !I just loved him! For him it was almost love a first sight when it came to Sam but, more like uncontrollable lust and one look at the sexy beautiful long legged beauty and he new she would eventually be his undoing.

We loved Sam as well as the sexy beauty was beautiful,cunning,loving,funny and had one heck of a sense of humor but, she was also deceitful but, not in a mean or vindictive way. but, her bad choices were about to bring harsh consequences and harsh punishments not only to herself but, for the man she claimed to love.

Overall we love the story from beginning to very end and the story was the kind that had you on the sit of your pants the entire time waiting for the ball to drop knowing that your forbidden romance with each other is about to come to light and to come with some very heavy consequences. I loved that although the outcome was anticipated the twist that came next was not and we just love when that happens.

The story was filled with a cast of amazing characters and we just loved them all.I love a story where your drawn to someone who you instantly know is bad for you but, you do it anyway and where you become someones addition that makes you loose all sense of self preservation and good judgement.Got to love a possessive man and Grant was just that and that was his downfall and they are all you constantly think about day and night that they have become your obsession but, on the flip side something wonderful and beautiful and everlasting comes from it all giving you the happily ever after you always envisioned for yourself.

"That is my kind of Read!