Log in with Facebook
or
Wrong email address or username
Sign up
Already on BookLikes? Log in!
Incorrect verification code
Please, check your email, the code to access your BookLikes blog was sent to you already.
Enter code:
« Back Send
back to top
Search tags: Fillory 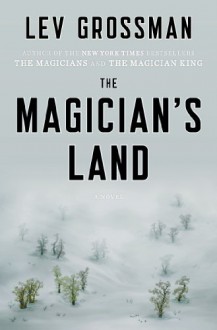 This is a huge rip off.  A rip off hybrid between Harry Potter and the Chronicles of Narnia.  At first the similarities just seemed like a nice tribute to both of those series, but Grossman steps way over the line from tribute to bad imitation without a backward glance.  It doesn't help that none of the characters are particularly likeable.  Quentin and his friends seem old before their time, suffering from ennui of life.  And Quentin is the worst, never happy with what he has or where he is as soon as the newness of his situation wears off.

They are young magicians who can go anywhere and do anything they want as soon as they graduate from Brakebills, the magician's college they attend.  Money and similar issues that non-magicians must worry about will never be an issue for any Brakebills graduate.  But these young people are bored and need some excitement.  Luckily a former classmate finds a way to go to Narnia --oops, I mean Fillory, which they all thought was just a place in some children's books.  Now the adventure begins although they all get a little more adventure than they bargained for.

I won't be reading the next book in the series.  And I would recommend skipping this novel and finding something with much more originality.

This book is for fans of fantasy. I won't make any suggestions to the contrary. If you're the kind of person who's read all of the Harry Potter, The Chronicles of Narnia, and you liked this book's predecessor, The Magicians, then you'll like this book. Compared to The Magicians, The Magician King is less whiney, more original, less predictable, and the ending has a kind of impact that the last one was missing. Grossman's growth as an author is palpable and I look forward to whatever he does in the future. This book is a full star better than the last one and receives a solid 4/5.